SPHERE meets Ron Welsh, the Master Blender at Bowmore, who tells us the story of his career, and educates us on why Islay has been the world's finest location to mature whisky since 1779. If you'd like to learn how to truly appreciate a dram of Bowmore Whisky, and which vintages to enjoy this Christmas, there's no one better placed than Ron Welsh.

The history of Bowmore is totally fascinating... not only for the fact it is the oldest licensed distillery on Islay, but also for the characteristics of Bowmore, with our whisky created through a process intentionally designed to add in more flavour. At Bowmore, we continue to hand down the traditions, skills and expertise that were crafted back in 1779 and as a home to one of the world’s oldest Scotch maturation warehouses – the No. 1 Vaults – we pride ourselves on remaining a pioneering distillery.

Also, did you know that the Bowmore Distillery is actually one of only a few single malt distilleries that still have their own floor maltings? These form the base for Bowmore’s rich complexity of new make spirits.

Ron Welsh is the Master Blender at Bowmore

My path to becoming a Master Blender was unusual… I first started out in the steel industry after graduating as a Chemical Engineer, but circumstance led me to change my career path early on. I began my career in the whisky industry in my late twenties when I took up a role at Strathclyde Distillery as a Shift Manager. As well as my shift work, I wanted to attain the highest qualification in distilling available, so I joined a vocational course and took on extra work to develop training manuals for the distillery teams. The extra work I was putting in was soon noticed and this led to an opportunity to look at Allied Domecq’s Grain Strategy.

After this, I took up the position of Maturing Inventory and Planning Manager, controlling the filling and laydown of new make spirits, as well as cask purchasing and managing a team that selected the casks required for blends based on the Master Blender’s recipes. This was my first real insight into the role of a Master Blender.

In 2005, I took on the role of Bulk Stocks Manager for Fortune Brands in Scotland. Here, I set up filling policies, stock systems, spirit trading and warehousing agreements for the new company, all under the watchful eye of Master Blender Robert Hicks. I was lucky enough to develop new products with Robert during my first few years at the company. He was a great mentor and kick-started my interest into whisky as a product.

In 2014 when Beam Inc was bought out by Suntory and Beam Suntory was formed, I was awarded the role of Senior Manager – Inventory Management & Spirit Quality, managing the inventory of both Beam and Morrison Bowmore, including Auchentoshan, Glen Garioch, Laphroaig, Ardmore, Teacher’s and of course, Bowmore. Then, when Rachel Barrie, Master Blender at the time decided to leave, I took on the extra role of Master Blender. The dual role of a Master Blender and Inventory Manager is fairly unique in the industry, as normally each role would be carried out by different individuals. For me, it has been very rewarding role and I’ve enjoyed every minute of it.

A cash at the Bowmore Distillery on Islay

A Master Blender’s job is essentially... to maintain the spirit quality of all whiskies under your charge. From checking the quality of new make spirit and empty casks for filling, to creating filling policies (deciding what type of casks to fill), maintaining recipes for each of the expressions in the portfolio and the most exciting part…creating new expressions. In my dual role, as an inventory manager, I also dictate how much each of the distilleries in the group will produce on an annual basis, as well as determining the next 12 years capacity requirements for distillation and warehousing – it’s a big job.

As Master Blender, I inherited a wonderfully extended inventory of stock, with whisky more than 50 years old and maturing a vast range of cask sizes and styles. Over my time at Bowmore, this has allowed me to create wonderful whiskies for people to enjoy across the world.

The lifestyle of a Master Blender is not what people expect... of course, there’s the enjoyable part of creating new products, given Beam Suntory’s fantastic inventory. There’s always plenty to be done on that front, with around 30 new expressions and limited-edition blends developed across the six brands annually. As with all roles though, there’s also the need to manage your team, maintain relationships with other departments, develop your team’s skillset through teaching, and all on top of answering the hundreds of emails received each day.

Whisky is so much about ‘place’, and Islay is magical for whisky distilling... especially when your distillery is just a stone’s throw away from the sea. Our distillery has its own floor maltings and we use peat dug out from the Islay peat bog to infuse our barley. The peated water, along with the floor malted barley and fresh sea air brings a unique character to any whisky distilled and matured on Islay.

I don’t live on Islay itself... as I have more than Bowmore to look after. The spirit processing I’m responsible for across all of the brands is carried out in Glasgow, where I commute to from my home in Stirling. We receive samples of the batches being made at Bowmore to Glasgow every week, so the majority of my role isn’t based on Islay itself. However, I love visiting the island and head over a couple of times every year for face-to-face discussions with the distillery and Visitor Centre teams. It really is a magical place.

I believe the unique qualities that make a Bowmore expression are... the time and craftsmanship taken by the distillery team to produce each batch of new make spirit. As a brand with rich heritage, following centuries of refining our crafting skills to produce such an iconic single malt, Bowmore is a celebration of time. It’s through this refinement over the years that we have harmoniously brought together a symphony of flavours to create a multidimensional whisky that we believe is the best it can be.

It’s been fascinating working with our Japanese owner Suntory... they have brought a laser focus on all aspects of quality, whether that be the purchasing of raw materials or how we package our products. The Japanese concept of ‘Kaizen’ refers to the idea of continuous improvement and is a great mindset to have when it comes to creating great whisky. It is something we at Bowmore strive to do in our everyday practice.

A common misconception about the job of a Master Blender... is that all we do is nose fantastic old cask samples and choose which one to use in an expression. Of course, this is part of it, however sometimes the cask sample is not what you expect. It may be poorer due to a poor cask, or the cask is actually different than the cask stated on our system. It’s the job of the Master Blender to work out how to use each cask and solve these problems. We can ask the question of whether quality will be improved by re-casking and used in future years instead, or we can decide if a cask needs to be used in different expression all together. This is where my problem solving skills are put to the test and as a Master Blender, this has to be one of your strengths.

The main thing I have learned in my role... is to be adaptable and receptive to change. You may plan the use of your inventory for the next 20 years, but one thing is for certain – that plan will change and you need to be ready for those changes, or even predict where the next trend is coming from before anyone else.

My favourite premium Bowmore whisky is... at the moment, Bowmore Timeless 30-Year Old. And, although it is heavily influenced by the sherry cask, you still have the staple Bowmore character shining through, with tropical fruit notes at the forefront. I like to drink mine neat and savour over a long period of time – it certainly matches its name!

The most memorable whisky experience of my career so far is... my involvement in the creation of Bowmore 21 year old Masters’ Selection, in collaboration with Aston Martin. We had no restrictions on what whiskies we could use, meaning the number of possibilities were virtually endless. Over a series of Zoom sessions between Bowmore and Aston Martin teams, including Marek Reichman, Aston Martin’s Chief Creative Officer, everyone had a set a samples to work from and we would pilot blend the samples between each session.

For the first time with this whisky, we adopted the Golden Ratio to inspire each of the elements bringing their own unique flavours and selecting the optimal casks to forge the desired character. Using the golden ratio as a method of creating a whisky was certainly a new approach to me and gave me a new lens from which to explore whisky making. The creation of the final recipe using the Golden Ratio will always fill me with pride.

The best everyday Bowmore whisky is... Bowmore 12 Year Old. For me, this is both complex and perfectly balanced whisky and the subtle lemon and sweet heather honey notes complement Bowmore’s trademark peat smoke.

When people ask me how best to enjoy Bowmore whisky, I tell them... to experiment and find the best way for them personally. Every whisky expression is unique, just like every individual is unique. I’d always say to try Bowmore a number of ways including neat, on the rocks with a splash of water, or even in a cocktail. I personally drink my whisky in all the ways suggested, but serve does of course depend on the occasion, the time of day and of course, what Bowmore whisky I am drinking.

When I’m not blending whisky... you’ll find me watching rugby with my friends or spending time with my family.

The best meal I’ve ever eaten... was in London was at Frog by Adam Handling. We held our launch event for Bowmore Arc-52 here and enjoyed a four course dinner, with each course designed around the tasting notes of Arc-52. It was absolutely stunning.

To do my job, I can’t do it without... my laptop. It holds the details of the full inventory, along with the recipes for all our expressions.

The project closest to my heart is... the Bowmore and Aston Martin Partnership. The partnership represents a defining era of evolution for both Bowmore and from this, we have crafted some of our most iconic creations to date. 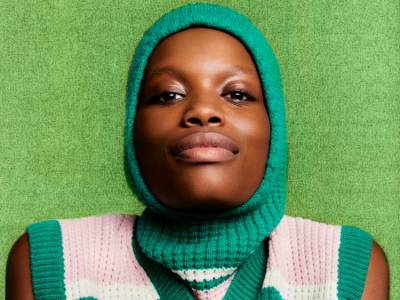 Fashion: Uniqlo x Marni is Back!