We cross the Channel to visit Paris and Jarnac, discovering the fascinating history of France’s famous ‘Golden Age’ with Courvoisier.

The sky is clear and bright as the Eurostar pulls into Gare de Nord, promising a perfect day for sightseeing. I’ve been invited by iconic cognac house Courvoisier to take part in their new luxury guided experience, the Paris Golden Age Tour, which celebrates the crème de la crème of the city’s fascinating Belle Époque heritage.

Between 1880 and 1910, the fin de siécle (‘turn of the century’) marked a profound transformation in Parisian culture, as the city’s inhabitants made history with ground-breaking innovations in the fields of architecture, the arts, cuisine, haute couture and even nightlife. Courvoisier, too, came into its own during the Belle Époque; the spirit was chosen as the official drink to toast the grand opening of the Eiffel Tower in 1899, as well as being the named cognac supplier to Napoleon III. With this remarkable era in mind, Courvoisier’s private tour has been designed to take guests into the heart of the Golden Age of Paris, taking in a mix of world-famous landmarks and hidden historic gems around the city. An experience like no other, visitors are immersed in the spirit of the Belle Époque period, introduced to the Parisian way of life at the time when the city’s culture reigned supreme in the world.

Outside the station, we are greeted by a sleek Mercedez-Benz, which will be our transport for the three-hour tour. Forget any preconceived notions of jostling camera-swinging tourist groups and packed-out commercial coaches – Courvoisier are keeping the experience select with small group numbers per outing. Our friendly, professional guide – supplied by partner concierge company UUU – introduces herself warmly, before the chauffeur takes the wheel and we are off.

Taking in everything from Place Vendôme – synonymous with haute couture and luxe jewellery – and the Arc de Triomphe to the Musée de l’Armée and the Palais Garnier opera house, our guide overflows with interesting tidbits of information as we pass each new landmark in the comfort of our private coach. With so much to take in, the Belle Époque-inspired luxury experience has been curated to allow for a number of pit stops alongside the sights seen from the car, in order for guests to discover an area’s history in more detail. On foot, we explore the quaint Saint-Germain des-Près neighbourhood, known for its literature and philosophy, as well as the grand Alexandre III Bridge over the River Seine, Les Invalides – the final resting place of Napoleon – and both the Grand and Petit Palais. One highlight has to be the beautifully ornate Lavirotte on Avenue Rapp, with its beautifully ornate Art Nouveau detailing and unparalleled views of the Eiffel Tower.

Three hours fly by in a flash. Our last stop is Fouquet’s on Avenue des Champs-Élysées; a sumptuous bar and restaurant with its own Belle Époque pedigree. One of the best-known brassieres in Paris, this prestigious venue has been frequented by all manner of stars from the stage and silver screen alike for decades. Perched on plush velvet sofas, we sip delicious honey sour cocktails, complete with almond liqueur, sugar, cinnamon, ginger and black pepper – and with a generous splash of Courvoisier. Sitting surrounded by history, it’s the perfect end to an eye-opening day.

Next, we make our way to Montparnasse to board a train bound for the southwest region of France. As part of the trip, we are being treated to a rare one-night stay at the Château Courvoisier – an experience typically unavailable to the public – in Jarnac, the heart of ‘cognac country’. After several hours in transit, everyone is pleased to relax with a delicious three-course dinner at L’Essille, one of Jarnac’s top restaurants – their tuna steak with soy, citrus and ginger is a must, along with the local cheeses. The venue also holds an impressive collection of cognacs collected from all over the region.

It is late by the time we arrive at the Château. Established as Courvoisier’s official home in 1828, much effort has been made to preserve the heritage of this historic building, and restoration works are still underway in areas of the mansion. As much as I would like to spend the night exploring its hidden treasures, there’s just enough time for a VSOP nightcap before falling into my soft feather bed.

The next morning, after a light breakfast we make the short walk to the nearby Restaurant du Château, where the head chef puts us through our paces on a private culinary course. Then, it’s back to Courvoisier HQ for a guided tour of the museum. Housing limited-edition bottles, Baccarat crystal decanters and genuine artefacts like letters, clothing and even a lock of hair belonging to Napoleon, the Musée is a must-see for anyone with an interest in the history of cognac – there is also a detailed explanation of the time-intensive process that goes into making the spirit.

A personal highlight is the sensory experience that took place within the Château. Sitting in an opulent lounge, blindfolds on and cognac glasses at the ready, we are invited to discover different tasting notes within the aromatic Courvoisier XO blend, each note paired with its own instrumental music piece and a dry ingredient to smell.

At lunch, we are served with the dishes we helped to create at the Restaurant du Château. Themed the ‘Paris Golden Age Lunch’, each course is paired with a different beverage – starting with a zesty ‘Midnight in Paris’ cognac cocktail as an aperitif. A salty fish tartare works perfectly with the Courvoisier VSOP frappé, while a full-bodied red, Baron Henri Médoc 2010 De Baron Philippe de Rothschild, is served alongside tender guinea fowl and truffle crêpes. To finish, the beautifully matured XO makes another appearance, complete with an indulgent plate of Crème Diplomat with orange, vanilla and caramel.

Our Courvoisier experience concludes with a (somewhat merry) tour of the Château’s Paradis Cellar, which holds aged cognac blends dating as far back as the French Revolution. À votre santé!

The Courvoisier Paris Golden Age Tour starts at £190 per person for a group of four people. Visits at the Château and the Gourmet tour start from €180. To find out more, head to courvoisier.com/uk/experience to book an experience. 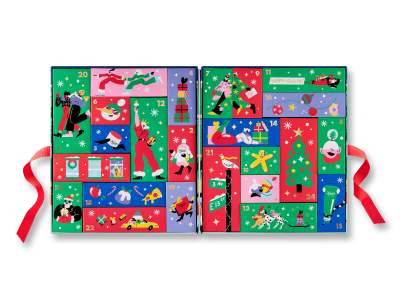