The kitchen knives are out for those who copy recipes, but, wonder some of our leading chefs, is it really possible to copyright a dish? By Josh Sims

Don’t get your camera out at the table. You could be risking the chef’s wrath — and, as we all know, chefs are dab hands at wrath. Last year, a number of esteemed French chefs threatened to ban cameras from their restaurants, with one, Alexandre Gauthier, of Grenouillère restaurant in La Madelaine-sous-Montreuil, even putting an icon of a camera on his menu — with a line through it.

He is not alone. Heston Blumenthal’s The Fat Duck has long discouraged the taking of photos by diners, as has New York chef Daniel Boulud, with David Chang imposing a no photography policy at Momofuku Ko.

But the reasons behind these prohibitions are less clear. For some establishments all the snapping is simply vulgar, or a distraction for other diners who come to socialise and eat food rather than coo and record it. Yet, for others, the reasoning is far more unexpected: much as art galleries sometimes prohibit photography because the flash can fade the paint, just as often it is because they are seeking to protect the owner’s copyright. Or, as Gilles Goujon, chef at the three Michelin-starred L’Auberge du Vieux Puits, in Fontjoncouse, put it, photos “remove the surprise” of some of his dishes and “take a bit of my intellectual property”. In what is an increasingly competitive market — restaurants now open (and fail) at a staggering rate — and one in which the chef’s celebrity, reputation and signature dishes are as much a draw to a restaurant as the quality of the cooking, maybe they are right to seek the same protections as those working in other creative industries.

Maybe they are the vanguard of a change in attitudes. Ask Claude Bosi, the two-Michelin-starred man behind London’s Hibiscus and he is quick to dismiss such talk, however, as “pretentious”. “If you feel that way about your recipes, why do cookery books? Why go on TV? You’d best stay at home and just cook for yourself,” he says. “People in this industry can take what they do too seriously. We’re just cooks at the end of the day.” Yet Bosi does admit to having had some sensitivity to the issue. When he was starting out up the olive-oiled pole to super-chef status, it would upset him to see his dishes appear on the menus of others.

“So it is, perhaps, a question of how established you are — then copying becomes flattering,” he adds. “And while I don’t mind diners taking pictures of the dishes for themselves, it does bother me when it’s for publication online. But that’s more about the way the dishes are presented, having been shot on a smartphone with the wrong lighting. Would I ever ban it though? No. Restaurants should be all about pleasure.”

Certainly, while it varies from country to country, in general the law currently sides with Bosi. A disgruntled chef might have some hope in the US. According to Paul Keller, head of the intellectual property practice at law firm Allen & Overy, recipes are, in theory, patentable, “but where the rubber hits the road is the need to show that the invention, the recipe or the plating up, is novel, and also that it’s not obvious,” he notes. “But those aren’t the only challenges facing someone going through the patent process — application means sharing the invention with the world, so one might be better keeping it as a trade secret,” Keller adds, noting that this is more typically found with fast and mass-produced food — think sauces or the “secret recipe of 11 herbs and spices” used to coat KFC chicken. “And if you have a patent, then you have to prove it has been infringed — by an ex-employee taking your recipe to a competitor, for example.”

It does happen — in one of the highest-profile cases to date, Rebecca Charles, the chef behind New York’s Pearl Oyster Bar, filed a suit in 2007 against Ed McFarland of Ed’s Lobster Bar in the city. Charles was aggrieved by the fact his Caesar Salad, she claimed, used the recipe handed down to her by her mother, which she had taught McFarland on the condition he never used it elsewhere. Similarly, for a time, top American chef David Burke sought to defend the trademark he had on his “swordfish chop”, until he lost the will to do so. He wouldn’t have had much luck in the UK either. Shireen Smith, an intellectual property lawyer and founder of London-based Azrights, explains that in Britain a recipe as words on a page is protected as a literary work, but that isn’t going to stop people cooking from that recipe. And as for the artful presentation of a dish? Sorry, that is insufficiently lasting to count. People, annoyingly, want to eat it. “You need something fixed in more permanent form — and food is going to be moved around and eaten of course,” she says. “In contrast, once a painting dries, it’s considered permanent. Making something out of snow wouldn’t be considered sufficiently fixed either. Even a minor alteration to a dish would mean it would be considered a new dish.” Smith draws comparison with the fashion world, where copying is arguably considerably more rife. “It’s just accepted that copying happens — sometimes a design is registered but usually the protection that gives you isn’t worth the effort,” she says. “And while new protections are introduced as and when required, I think it’s unlikely that chefs will see a change in their legal situation.” Some argue that any change in the law might, in fact, be counter to the very culture of “cheffery”, especially at the élite level. Speak to some chefs and they argue that the very nature of the way they are trained — indeed, the way cooking and dishes evolve — makes the protection of intellectual property something of a dead-end. It’s a situation with all the intricacy and delicacy of cooking the perfect soufflé.

Clare Smyth is rather more relaxed about the whole debate. She can probably afford to be — at only 36 she is the chef-patron behind Gordon Ramsay’s culinary epicentre, Restaurant Gordon Ramsay, in London and the only British woman chef to hold three Michelin stars. “The question of intellectual property is a difficult one because in this business everyone is influenced by everyone else along the way. Nothing you cook hasn’t been done before and it’s arrogant to think otherwise,” says Smyth, in characteristic down-to-earth fashion. “Anyway, for me, cooking is about always moving forward — I rarely go back to dishes that were big for me three or four years ago. And I’m just not bothered about diners taking photos — once you’ve cooked something and given it to them, it’s theirs. The food has gone in five minutes. Chefs should move on.” Indeed, Smyth goes further, suggesting that the protection of dishes by law might be unnecessary. “Food is an expression of time and environment, though there’s always something of you in it, so other people can copy one of my dishes, but not with the same feeling I have for it,” she argues. Furthermore, it might hamper rather than protect creativity. “Food is moving forward so rapidly, especially in the UK, precisely because there’s a much greater cross-pollination of ideas,” she says. “It’s the sharing that is raising the bar.” And, in some cases, the over-sharing: in 2006, two restaurants, 10,000 miles apart, were in the spotlight for having the self-same dish on the menu. It transpired that chef Robin Wickens of Melbourne’s Interlude had been on a research trip to New York’s WD-50 and reproduced a dish back home without crediting the inventor. Research trips are what chefs call holidays.

But still it seems that the issue is, like too much gravy on too small a plate, about to run over. Given the popularity of what has been dubbed “food porn” and “foodstagramming” — incredibly, the UK’s second biggest-selling non-fiction author is now Jamie Oliver, while recent surveys show that, despite the boom in cookery book sales, we actually cook at home less and less — blogging is hardly likely to stop. “It has become one of the engines of what is now a vast foodie culture and introduces chefs and their work to thousands of people who wouldn’t know it otherwise,” argues Rae Jones, of food and drink trends consultancy The Scoff Report. According to Charles Banks, co-founder of global food trends agency The Food People, one increasingly apparent direction for the future of top-end restaurants could well see them hiring lawyers along with kitchen staff. “I think we can expect more and more chefs seeking to own what they do — after all, chefs by their nature are quite controlling people,” he jokes, “and you can see this debate starting to gather momentum. Restaurants are becoming more and more about providing unique experiences, and experiences are more ‘ownable’ .” Bring it on, some would say. Michael Caines, the celebrated two-Michelin-star chef at Dartmoor country house hotel Gidleigh Park concedes that, in the wider world, protecting a recipe is an uphill climb. “Food is just so subjective — you change one element and can claim that it’s another dish,” he notes. “And, besides, there are a lot of great painters out there who can do a fantastic likeness of a Rembrandt, but there are not many Rembrandts — the skill behind a dish is what makes it.” But, all the same, he does protect what he calls his “body of work”, essentially through maintaining a meticulously detailed record of all of his recipes on a secure database. Why?

“People in the industry can take what they do too seriously. We’re just cooks at the end of the day”

Because, he says, in the world of “name” chefs, when an organisation hires him on a consultancy basis, it is, in effect, buying into that knowledge — and he wants to ensure it understands that when their arrangement ends, it doesn’t then own his ideas. “I do think we’ll see more chefs considering IP protection as something they should have,” he adds. “And I’m sure the industry is waking up to the notion of protecting ideas generally now.” Atul Kochhar, the first Indian chef to receive a Michelin star, agrees. He even strikes a word of warning — it could get very hot in the legal kitchen. “My recipes are my intellectual property — I do feel that,” he says, “and it angers me when my dishes are copied outright — sometimes they don’t even bother to change the name. There’s this sense that you’ve built a house and now someone else is living in it. The creative work of chefs certainly seems to me to be an area that needs protection. We live in an increasingly cynical world. Combine that with the internet spreading information globally and my feeling is that it’s set to become a bigger issue in years to come. It could get pretty nasty.” 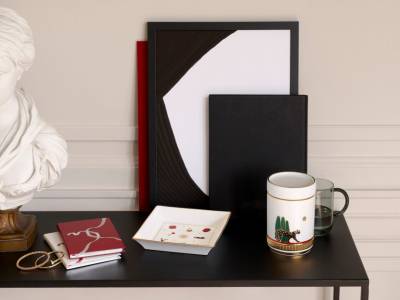