Inspired by the age of exploration, Hermès, Puifocat and Saint-Louis partner with Louis XIII to create L’Odyssée d’Un Roi cognac.

Luxury cognac brand Louis XIII has collaborated with fellow French houses Hermés, Puiforcat and Saint-Louis to create L’Odyssée d’Un Roi, a bold and unique spirit that has just been showcased at London’s Burlington Arcade. Influenced by the European conquests of the colonial age – even down to its royal name, L’Odyssée d’Un Roi, or ‘The Journey of a King’ – the blend comes in a custom crystal magnum Saint-Louis decanter filled with auburn Louis XIII cognac, complete with glasses artfully etched with 19th century maps of the Americas, as well as an elegant Puiforcat white gold pipette. The set is encased in a vintage style Hermès leather coffret.

Having sold for $135,000 at Sotheby’s New York, a second cognac collection is set to be auctioned at Sotheby’s London next month, with proceeds to benefit American director Martin Scorsese’s non-profit organisation, the Film Foundation.

“The partnership with Louis XIII is an excelled way to highlight the foundation’s preservation, education, and exhibition programs… No matter where or when a film was made, a century ago or a decade ago, the foundation is committed to ensuring that all films survive to be seen by future generations,” Scorsese said.

L’Odyssée d’Un Roi is on display to the public at the Burlington Arcade from October 3rd to 21st, before being exhibited at Sotheby’s from November 7th to 16th. 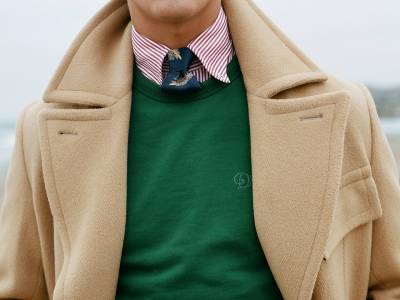