Thanks to an influx of 5-star hotels and fine dining restaurants, Cuba’s capital, Havana is fast becoming one of the world’s most sought-after places to visit

Cuba has been in vogue — and in Vogue — over the past few years. In 2016, the fashion elite descended when Karl Lagerfeld took Chanel’s 2017 Resort show to Havana. One of Fidel Castro’s many grandchildren — Tony Castro — joined the model crew in a sartorial cavalcade that included Tilda Swinton, Stella Tennant and Gisele Bündchen. Havana’s hot moment in the fashion sun — along with the filming of Fast & Furious 8, the first American blockbuster to be shot in Cuba since the country’s revolution in the late 1950s — marked a sea-change in the way the outside world viewed Cuba and vice versa.

Yet in travel terms, the real change has been the arrival in June of the Gran Hotel Manzana Kempinski La Habana in Havana. The first true five-star luxury hotel to have opened in Cuba since 1959, this 246 room-and-suite grande dame marks a glistening return to world-class standards on an island that has only been edging in that direction in the past five to 10 years. The six restaurants and foxy, high-ceilinged guest rooms aside, the most obvious place to enjoy this new high-spec Havana is at the rooftop pool with its incredible streetscape views.

The 10,764sq ft European-style spa has floor-to-ceiling views so you can gaze over the ruined beauty of Old Havana’s sun-, rain- and time-ravaged streetscape from a lavish cabana. And the hotel’s European vibe — to be expected from the Swiss hotel impresarios at Kempinski — is historically apposite; the hotel is situated in the renovated Manzana de Gómez building, built between 1894 and 1917 as Cuba’s first European-style shopping arcade. Back then, it offered a day out for the aspirational pre-revolutionary elite. The hotel’s new shopping arcade now represents an aspirational day out for the post-revolutionary elite and includes brands I’m sure haven’t been seen before in Cuba — from Mango and Michael Kors to Versace, L’Occitane and Montblanc.

Across the park is the Hotel Inglaterra, built in 1844 and due to reopen after renovation on New Year’s Eve 2019 as part of the Starwood Luxury Collection. This the first North American hotel group to have made it past the ruling Castros since 1959; the Cubans were never going to let the Americans get their paws on the prized Manzana de Gómez project, particularly as recent US policy has tightened travel rules for Americans to the country and dealings with Cuban firms controlled by the island’s military, whose company Gaviota owns the Kempinski.

It was Gaviota that set its sights on the 1897-founded Swiss hotel brand, not the other way around, without any other company getting a look in. It’s a fact that Xavier Destribats, Kempinski’s urbane and amusing Chief Operating Officer for The Americas, vaguely concedes to me over lobster ceviche, a Cohiba in his hand, in the hotel’s top-floor San Cristobal restaurant. He has quite a job on his hands and he is doing it with aplomb.

Beyond the hotel world, the standard of villas is shooting up. Leticia Villamontes Leyva acquired her 1920s Petit Chateau mini mansion in Vedado, one of the most exclusive districts in Havana, after a 12-year “permuta”, the complicated bureaucratic system of house swaps Cubans had to rely on before the housing market was legalised in 2011. She and her husband restored the house over a four-year period, maintaining its original layout and palatial scale, so there are four vast bedrooms, a roomy courtyard garden and a gigantic roof terrace. Original stained-glass, Moorish tiling, panelling, cornicing, wrought-iron work, pillaring and a marble staircase have all been touched up.

The seven-room Villa Flora in the equally exclusive Miramar neighbourhood opened last year and is less than a five-minute walk from the nightspot du jour, the multi-media, multi-function warehouse space Fábrica de Arte Cubana. The villa is a little off the beaten tourist track, but comes with a handy Chevrolet 1956 and chauffeur. Here, an opening in a sumptuous coral wall reveals a beautiful 1940s suburban home that sleeps eight, with a garden bedecked in fantastic creepers and fossil palms, which remind us that the Bosque de la Habana, the city’s most fantastical city wood, is on the doorstep here, along with the beautiful peacock-green Rio Almendares, which divides the suburbs of Vedado and Miramar.

Another recent creation, ARTeHOTEL, functions as a four-room boutique hotel in the Vedado district. I am welcomed by its creator, the photographer Héctor Garrido, who along with his actress-wife Laura de la Uz has created a place to stay that showcases Havana’s “cultural possibilities” through books launches, art shows and talks with film directors.

The house was chosen for the trees that sway outside and the light-filled rooms; its original state, however, needed 50 labourers and more than a year to sort out. Interior designer Ute Mergner has twinned bespoke furniture and reconditioned colonial pieces with Cuban contemporary art and photography and each room is inspired by Cuban personalities in the world of music, poetry, film and photography.

The literary boudoir pays homage to the Cuban poetess Carilda Oliver Labra, who is famously fruity still in her nineties. Garrido, who took the huge photograph of her that adorns the wall, said that when he had to ask her to focus on him so he could get the portrait, she riposted: “If all these other people weren’t here now, we would be making love.”

Also worth a peak in the Vedado district is the art-filled, five-bedroom La Reserva boutique hotel and its tropical garden (via airbnb.com)

Malecón 663, an incredible house on the Malecón, Havana’s iconic sea esplanade, has been transformed by a percussionist with legendary salsa band Charanga Habanera and his French wife. With its eclectic rooms, mini concept store, open bar, polished concrete floors mixing Cuban tiles, its ethos of breakfast whenever and wherever, its little rooftop spa, sensational little penthouse (my favourite room in the house) and its living wall — the first in Havana — this is truly 21st-century Cuba.

Upmarket accommodation is not the only side effect of cuentapropismo, the self-employment that is defining the island these days. Private restaurants are getting wildly better, too. Over an eclectic feast that includes tabbouleh, samosas, fresh pasta and its signature paella (the fresh and zesty menu ranges globally), the owner of Mas Habana in Old Havana tells me his story. Reinier Perez Cuelto acquired a home occupied by 18 people and many more rats, and over more than a year created a mezzanine-topped space decorated with bespoke post-industrial furniture and lighting. An installation by Cuban artist Damián Aquiles complements photography by Nelson Dominguez.

Alongside increased upmarket accommodation, the private restaurants are getting better

Amidst these private enterprises, it’s pleasing to see social projects still being rolled out. In downtown Central Havana, I visit Proyecto Amos, run by photographers Ramses Batista and Alex Castro (a son of Fidel, who, discombobulatingly, has his eyes). In sleek, air-conditioned quarters in this impoverished part of town, the pair use sales of their work to fund industry-quality photography courses for local youth. Dance, drawing and sculpting are also on offer. The aim, in a country where fine art photography tends to outstrip commercial photography, is to teach the young how to operate camera and lighting equipment. If you call ahead, you can enjoy a Creole lunch or dinner before browsing the work for sale.

Those who crave a slug of Cuba’s more timeless assets should head to the convivial Museo del Ron Havana Club. If you’re a fan of rum, the museum is a characterful draw. Carved out of an elegant 18th-century colonial courtyard house close to the harbour in Old Havana, it showcases the history of Havana Club and guides you through the distilling and ageing process; afterwards there is a tasting in the handsome colonial bar-restaurant, serenaded by son musicians.

Even more appealing is the museum’s countryside distillery. Against a bucolic backdrop within striking distance of Havana, you can watch raw sugar become sugar cane juice for boiling into molasses. It is then fermented with yeast and water to make a mixture that is distilled to become aguardiente, rum’s fire-water. This is aged in vast oak barrels that used to contain bourbon and whiskey, lending extra complexity and fragrance.

This is also a wonderful place to sample the Havana Club rums, such as Havana Club’s Máximo Extra Añejo. Then, in life as in rum making, everything becomes sweet. 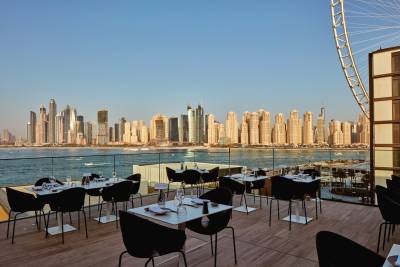 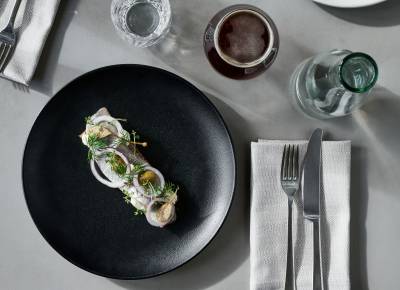 A gourmand’s guide to Copenhagen