From the same stable as Sphere, London Life magazine defined the 1960s, with its bold style and famous contributors such as David Bailey, Peter Blake and David Hockney

I have a confession to make. I am a magazine addict. In the 1980s, I started collecting old copies of Town magazine, the iconic title recreated in 1961 out of the embers of Man About Town, by Michael Heseltine and Lindsay Masters in their newly formed Haymarket venture. When I come across a magazine that still has zest — whether on account of its concept, art direction, writing, photography, illustration or typography — I am compelled to buy it. Magazines are a snapshot of the zeitgeist of their day. They catch their time with a contemporary lens, through stories, pictures and design. It’s history as it happened, punctuated regularly in weeks or months. While video was a threat to the radio star, the internet has not yet managed to kill off the magazine. 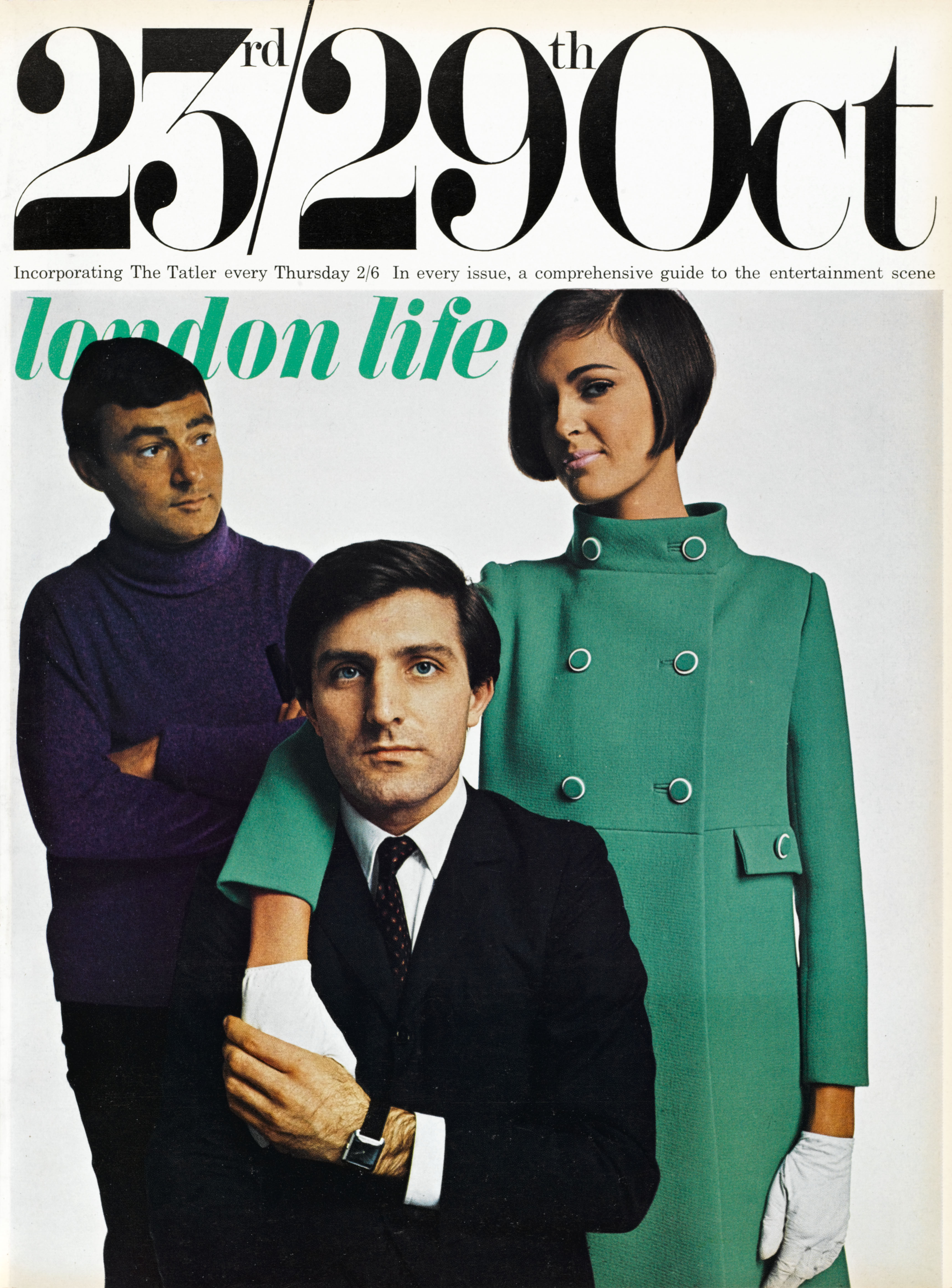 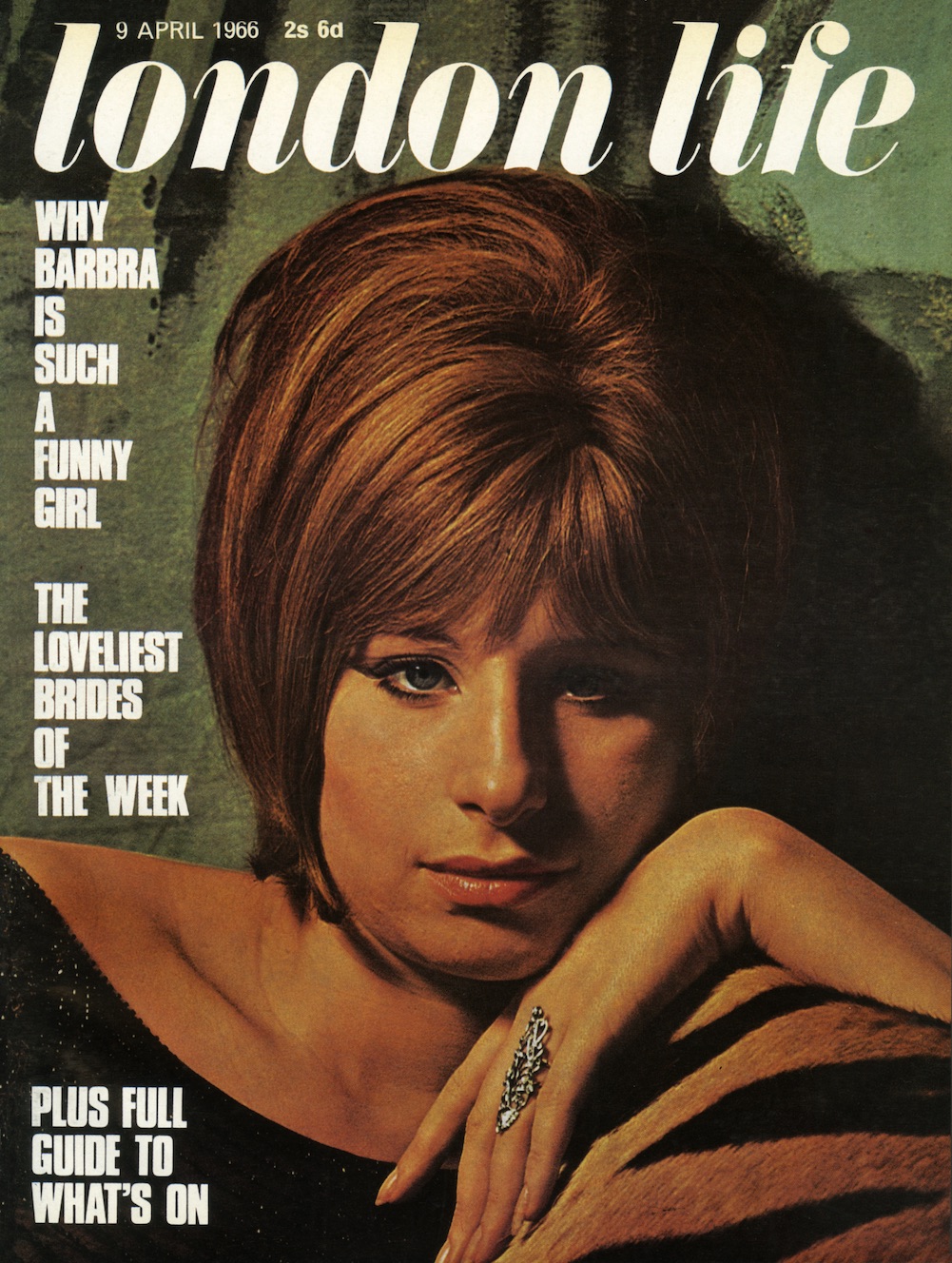 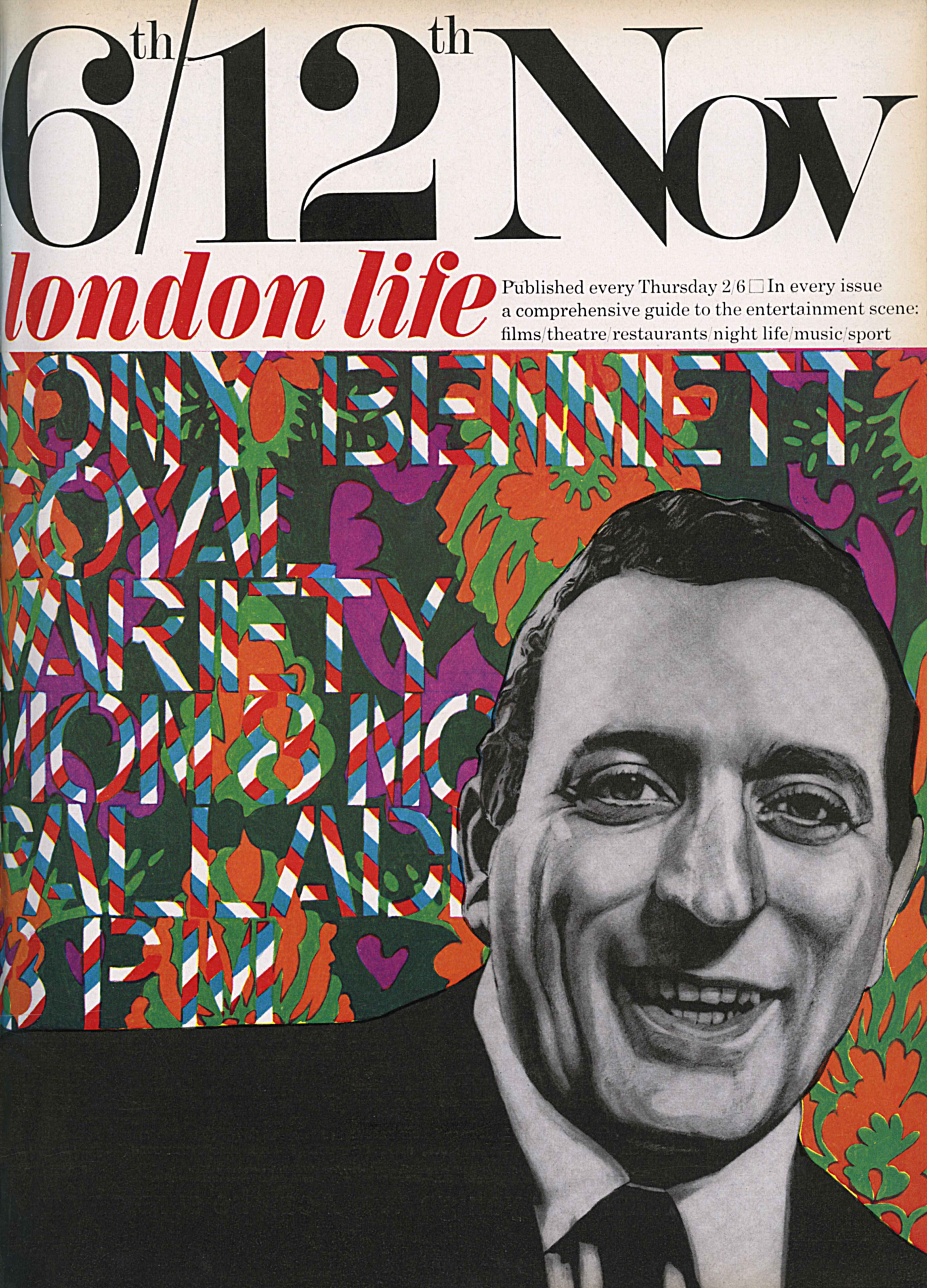 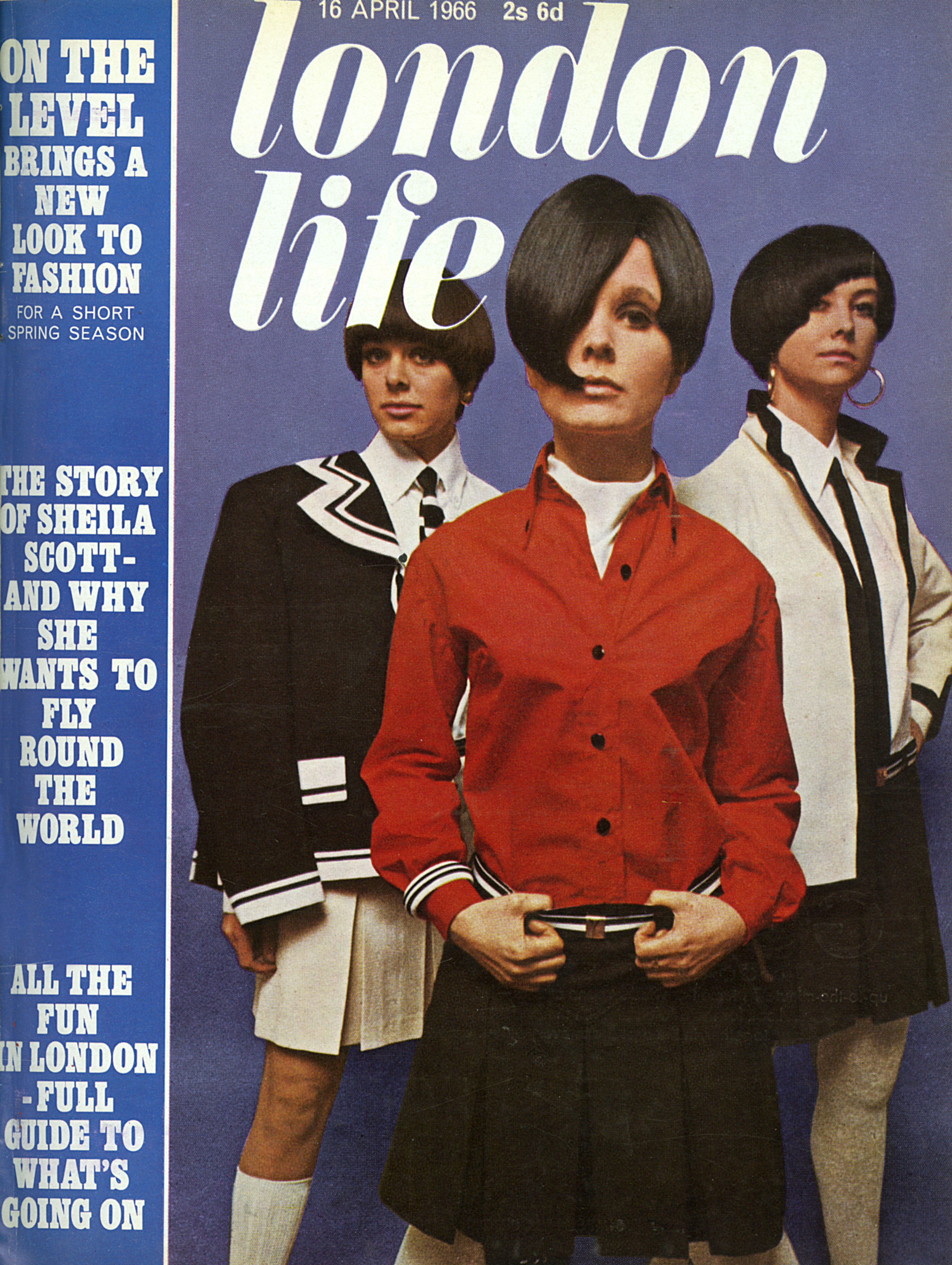 Not that all great magazines last forever and Town folded in 1967. A much shorter-lived magazine, which epitomised the Swinging Sixties like no other, was London Life. It burst on the scene like a creative tornado in October 1966 and continued a weekly storm of memorable covers and ground-breaking stories that defined the era until December 1966. London Life came from the same stable as The Illustrated London News, which evolved into the publisher of this magazine you are reading now — Sphere. From that magazine memory lane comes this pictorial trip to discover some of the remarkable gems in the archive.

London Life was an attempt by Thomson Organisation — then publisher of The Times — to revive the ailing Tatler, whose society raison d’être was dipping in popularity. The brilliant cartoonist and social observer Mark Boxer was appointed as editor, fresh from his success as founding editor of The Sunday Times colour supplement. A rising star advertising executive called David Puttnam was recruited as managing editor and the pair of them, armed with a lavish editorial budget, drafted in a new regiment of contributors emerging on the London scene.

Imagery, artistry and wit were at the heart of the vision. Talent included David Bailey, Gerald Scarfe, Terence O’Neill, Terence Donovan, Brian Duffy, Ronald Traeger and Peter Blake. A publishing coup was to recruit model Jean Shrimpton and actor Terence Stamp, an item at the time, as guest fashion editors. The now-legendary designer David Hillman was the art director. 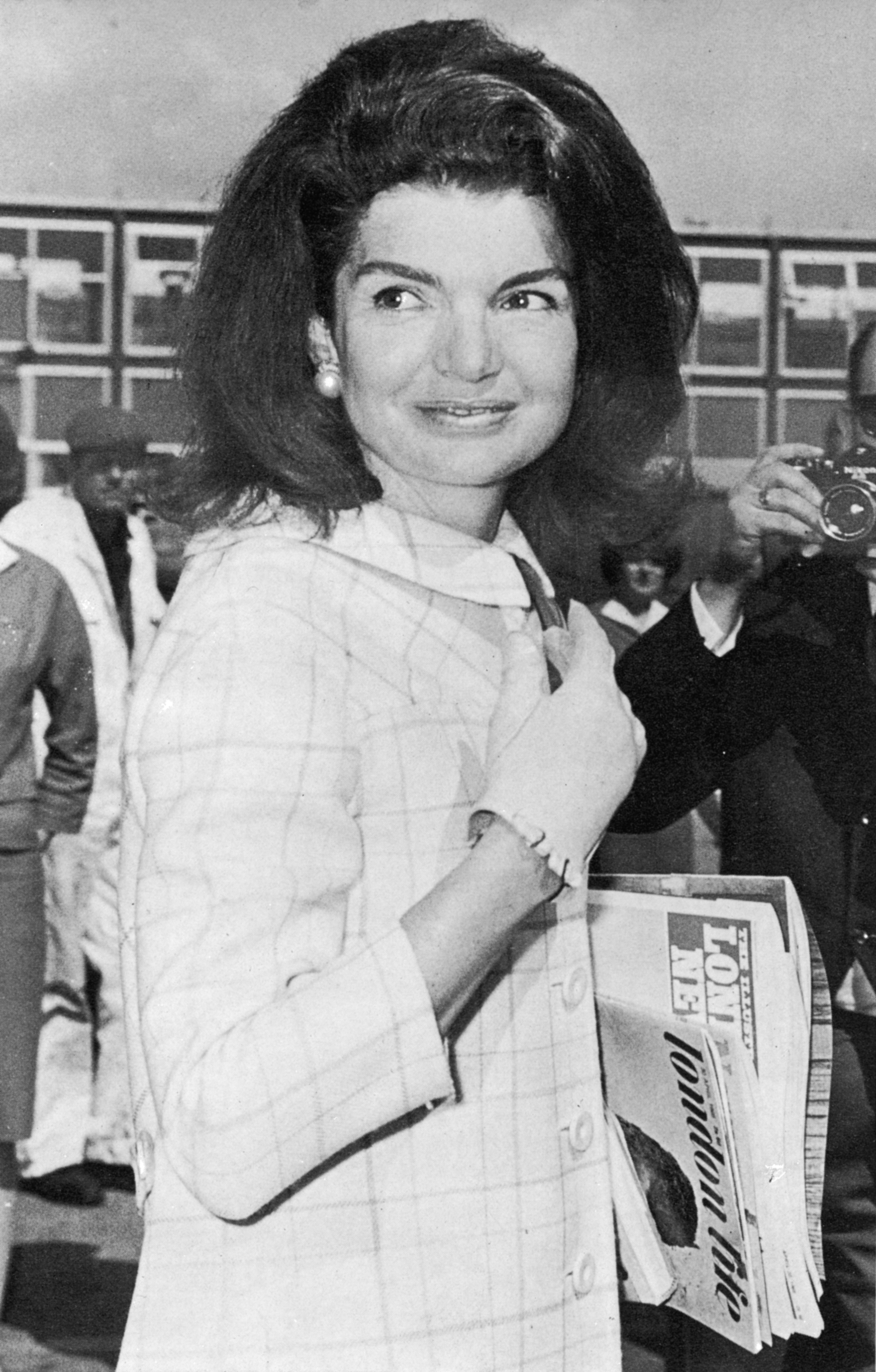 London Life became a phenomenon from the word go. Its launch party, held in the new Post Office Tower in October 1966, was a heady cocktail of rock ’n’ roll laced with creative cool. The guest list included Mick Jagger, David Hockney, Jane Asher, Peter Blake, Nubar Gulbenkian, Jean and Chrissie Shrimpton, Tom Jones, Ossie Clarke, Edina Ronay and Diana Rigg, to name a few. It was a glamorous and exciting debut, which must have convinced the advertising clients present on the evening to open their chequebooks for a few issues to come.

One shouldn’t judge a book by its cover, but London Life showed the reverse is true when it comes to a magazine. Its covers were brilliantly conceived, often startling and always of the moment, a testimony to the dexterity of the team’s creative fingers on the pulse of swinging London. The covers never disappointed — out of the numerous examples are the illustration of crooner Tony Bennett by a young artist called Ian Dury (yes, he was illustrating sex and drugs and rock ’n’ roll, before singing it), cool couple about town Twiggy and Justin De Villeneuve ensconced in a sports car, and a fashion cover with Vidal Sassoon and Emanuel Ungaro. 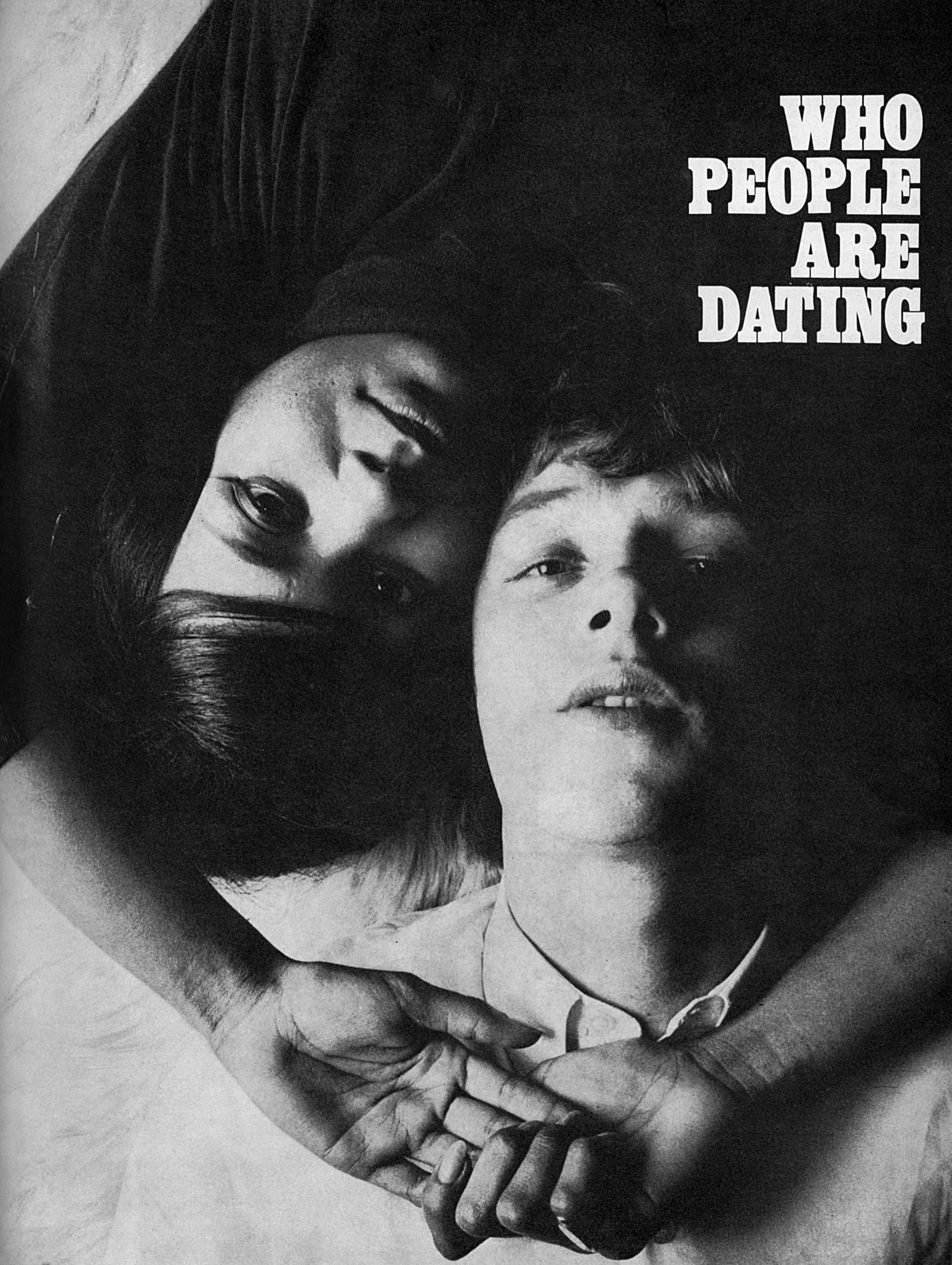 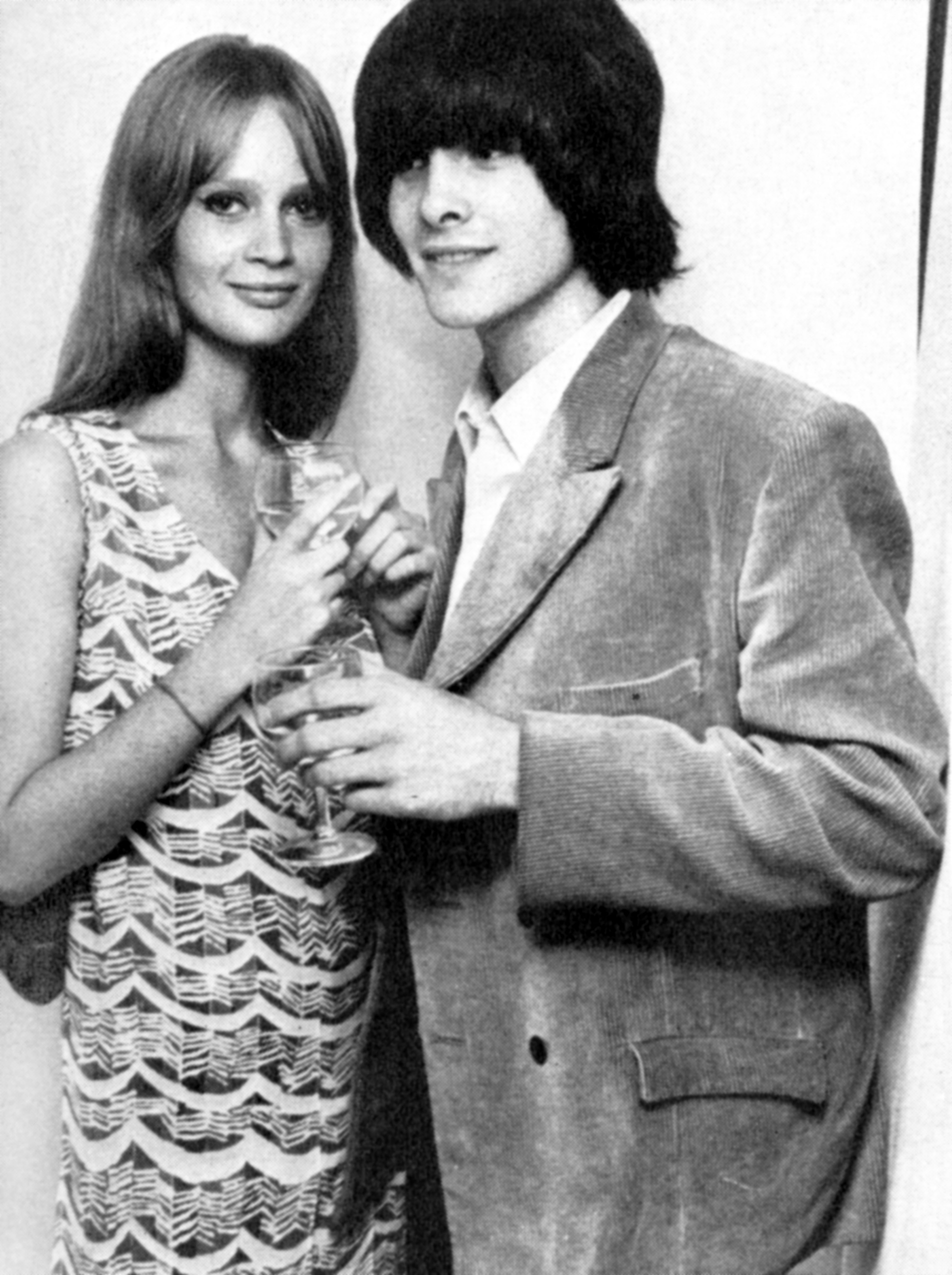 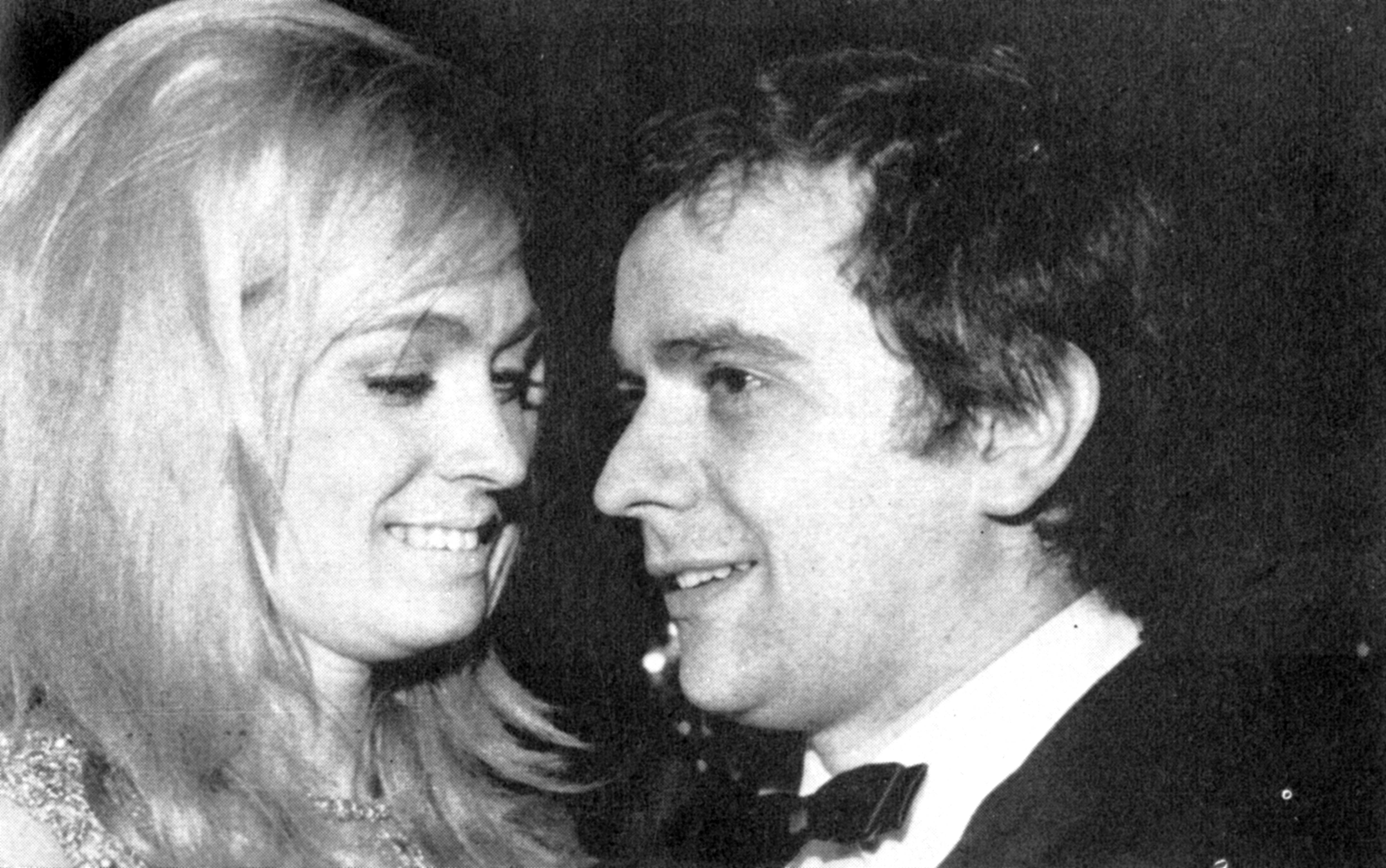 And between the covers, London Life’s twitching antennae sensed the stories-to-be behind the big concerns of the day. Each issue was a cultural, social and style splash, packed with daring and imaginative editorial. It ran one of the first exposés of the shadowy world of the Kray twins, detracting from their popular image; the editor’s damning critique of the effects of LSD and the drug’s early advocates, Desmond O’Brien and Michael Hollingshead, with “The drug that could become a social peril” — including a first-hand experiential account from a London Life reporter; a double-page “pin-up” of the 26 most influential maître d’s in London, shot by photographers Terry O’Neill, Peter Akehurst and Graham Attwood, publishing each restaurant manager’s direct phone number across the headshot and teasing it on a coverline; and the shift from Carnaby Street to the King’s Road. The magazine had access that was denied to others, including a rare profile of the private Brian Epstein in his Belgravia home in a feature titled: “What now for the Beatle-maker?”

Nor was the editorial team afraid to mix things up. David Hockney agreed to draw illustrations of his own pictures before the opening of his next Bond Street exhibition. Cecil Beaton was persuaded to unveil his paintings — a new hobby — of his photographic subjects, from Mick Jagger to Picasso. Gerald Scarfe drew wicked caricatures of personalities such as David Bailey, Charlton Heston and The Beatles (each of the Fab Four signed their unflattering portrait, George Harrison with a “?”). Joan Baez and Marc Bolan, meanwhile, reviewed new records. 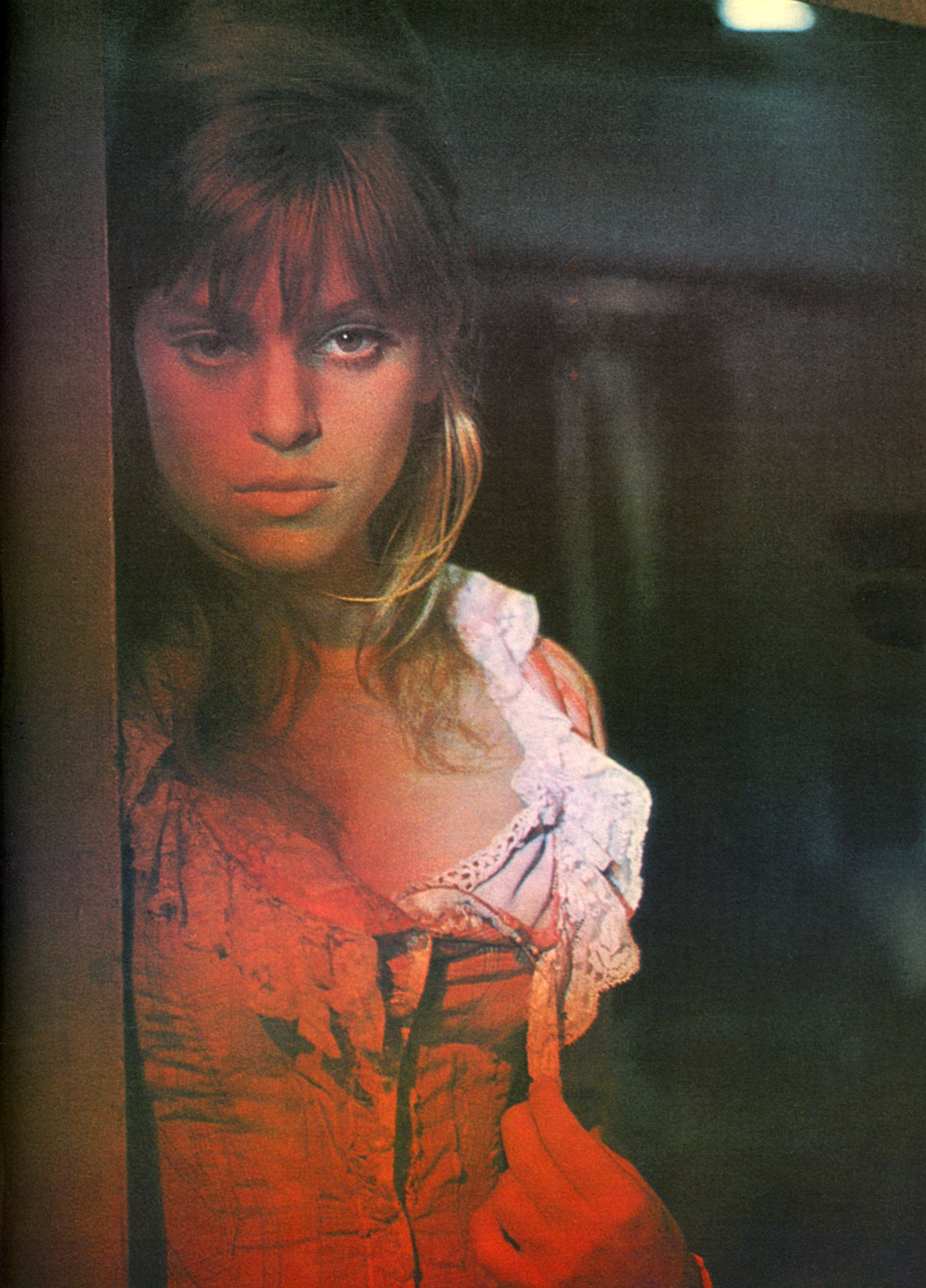 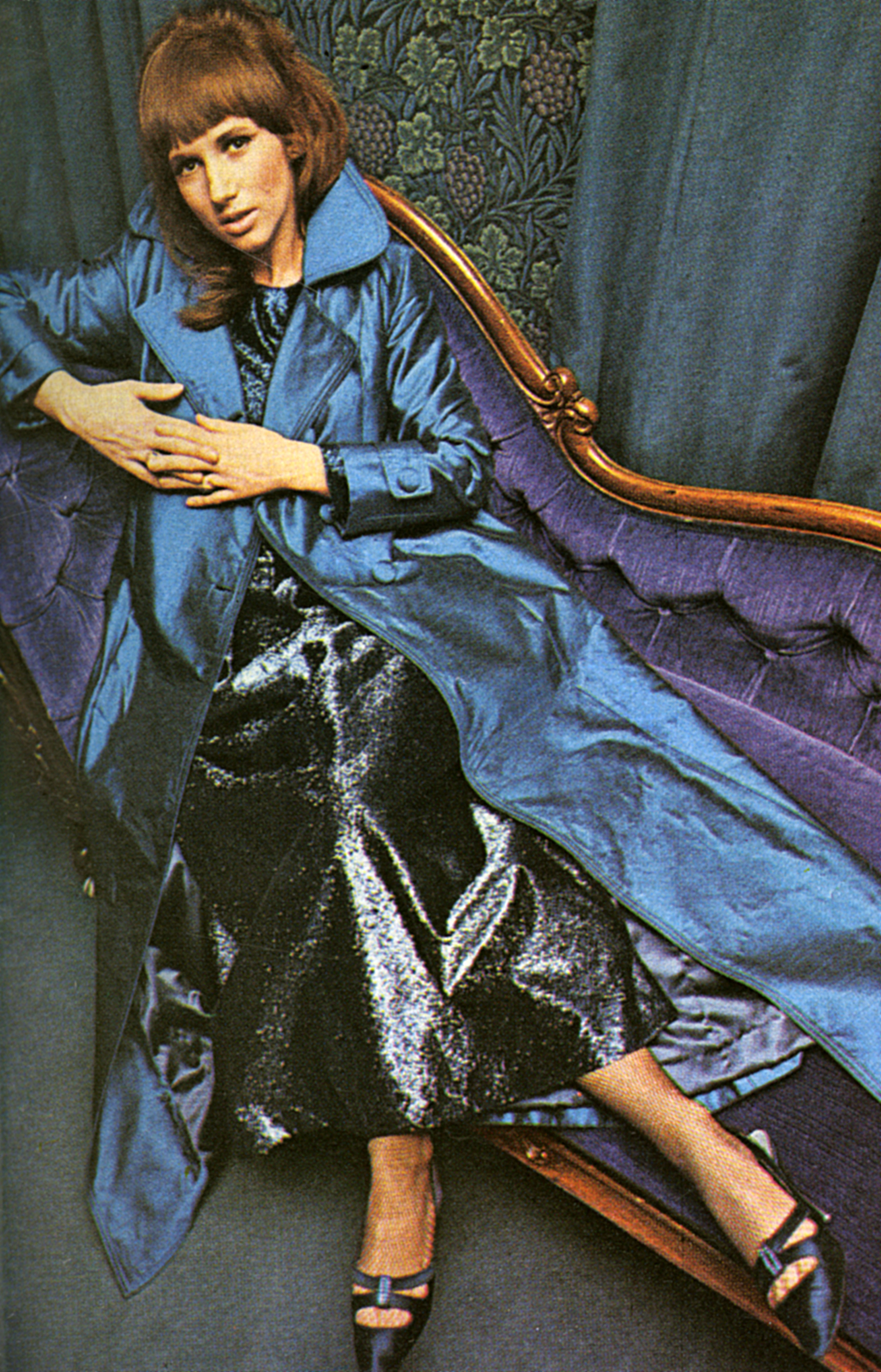 Life in the London Life office was never a dull place, by all accounts. The aptly-named picture editor Diana Dare became Mrs Terence Donovan after meeting the photographer on a London Life shoot. The female staff scored a rare goal for women when they posed gamely in multi-coloured World Cup-inspired tops in July 1966, the year when England was in a rash of World Cup fever and, of course, won the trophy. The actress Eva Marie Saint popped into the fashion department to research her forthcoming role as a fashion editor in the film Grand Prix. Peter Akehurst and John Benton-Harris were the staff photographers, combining relentless energy with creative spark, often completing up to 10 exhausting shoots in a day to meet the weekly deadline.

London Life was never afraid to raise the bar — or eyebrows — when it came to fashion. Here a model wears a Pierre Cardin suit in white wool gabardine (by Fournier), accessorised with a welder’s helmet in white felt

After the whirlwind of 62 frenetic, wildly risqué issues, the final issue of London Life was published on the last day of 1966. Priced confidently at half a crown for 56 pages, it never made money. It had been an expensive experiment and the publishers were not willing to fund it any longer. Tatler was resurrected and thrived after it was acquired from Thomson by Condé Nast.

Cloche hats are photographed in the magazine’s unique style

London Life hasn’t disappeared into oblivion, thanks to a fabulous large-format book launched this year — London Life: The Magazine of the Swinging Sixties. Edited by Simon Wells, a journalist passionate about the 1960s, with forewords by Lord Puttnam and Sir Peter Blake, it is a dizzying, curated tour of the magazine, one of the truest reflections of this amazing period.

Lisa Barnard is Chief Executive of Illustrated London News Ltd and Publisher of Sphere. London Life images
are available via maryevans.com. The book London Life: The Magazine of the Swinging Sixties is published by Omnibus Press.