Are you being served? The shop assistant’s catchphrase may have been the perfect title for the hit TV comedy series of the 1970s and 1980s, but the same programme also hinted at the fustiness and lack of dynamism that the department store format was then slowly slipping into. Of course, London’s giants in that area — among them Selfridges and Harrods — would later undergo revamps to address the growing, rival appeal of independent boutiques with a distinct point of view. But, increasingly, it’s these stores that are taking their lead from the department store — in following the approach not only of offering more than a core product, but in doing so in sizable spaces, too.

“What we’re seeing, I think, is the idea of shops that go beyond just selling products, but which create a culture of community. That is what retail should be now to complement online sales,” argues Jess Christie, chief brand officer of MatchesFashion, in relation to the company’s five-storey Carlos Place store, which opened last year, with new brands including Harris Reed, Charles Jeffrey and Matty Bovan. It has used this new space to re-imagine the traditional bricks-and-mortar store through a busy programme of free and live-streamed events, from floristry courses to art talks and gigs.

To date, events have included performances by artists including Neneh Cherry, interviews with Robin Wright and Paloma Faith, book signings with Mario Sorrenti and Fabien Baron and supper clubs with chef Skye Gyngell and River Cafe’s Ruth Rogers. It’s an idea MatchesFashion — which last year saw a 27% increase in revenues, to £372m — is planning to roll out to other stores, too.

“Our business is 95% online and people are very comfortable shopping that way now. But retailers and customers also want to engage with each other. And that can’t just be standing around in a shop with a glass of Champagne,” Christie adds. “These events cost us to organise, but pay back in the ripple effect they have in making existing customers interested in us again — and in bringing in new customers who have never shopped with us before.”

Thinking bigger — literally and metaphorically — is an idea that’s spreading. Fellow fashion retailer Flannels has opened a giant 18,000sq ft, four-storey store on Oxford Street, complete with art installations, a three-storey curtain wall of 8K digital screens and an immersive experience area with a changing line-up of displays and events, including a twice-weekly DJ night. Refreshingly, the £10m store’s design concept is by artist Riccardo Previdi, together with Italian studio Pconp. New labels to Flannels this season include Pierre Hardy, Haider Ackermann, Beau Souci, R13 and Vetements, as well as the UK’s first retail space for the US sneaker store Flight Club. Flannels plans to add another 16 stores to its portfolio this year, which are likely to include additional locations in London.

Likewise, Browns — which marks its 50th anniversary next year — is relocating its South Molton Street flagship store to a 9,100sq ft site on Brook Street, where it hopes to pull in more — and more affluent —customers. The store will include an “immersive room” akin to that in its Browns East store — a regularly changing space of shoppable wall art and brand installations — a restaurant in a private courtyard and a floor dedicated to capsule collections. Bridging the gap between internet and physical retail, on offer will be the ability for customers to buy from its greater online offer and have the purchase delivered to the store within the hour. There will be art, installations, café spaces and immersive client experiences that could incorporate anything from virtual reality to meditation sessions.

Nor is this just a fashion store phenomenon. Market Hall, which houses multiple restaurant vendors under one roof (including Pastaio and Flank), will later this year open its 37,000sq ft, three-storey West End flagship on Oxford Street’s former BHS site, complete with children’s play area, an events space available for private hire, demonstration kitchen and internet TV recording studio. “Before the internet, you’d go to a department store with the expectation of being introduced to new things and retail, including restaurants, needs to bring that approach back in,” argues Simon Anderson, Market Hall’s chief creative officer. “Having a similar scale allows for more creativity and, of course, to offer more choice. And choice [of experience] is massively important.”

Selfridges has entertained shoppers with a skate bowl and, since September, has played host to a cinema, a collaboration with art-house Olympic Studios. In October, it announced record sales of £1.85bn, a 6% increase on the previous year.

According to Henry Gregg, director of insight for New West End, a business partnership of 600 retail, restaurant and hotel owners overseeing 74 streets around Oxford, Bond and Regent Streets, this shift towards more multi-functional retail spaces is only set to grow. “It’s a challenging market out there and retailers have to move towards a new kind of shopping experience,” he says, citing the examples such as Selfridges’ skate bowl, Lush’s underground spa and music stations, Three’s virtual reality room and the Microsoft flagship’s games workshops and small business seminars, all on Oxford Street.

“The culture now is that you don’t necessarily go to a shop to buy something,” he adds. “For people to go out and make a day of being at the shops again, retailers have to make it worth their while. Historically, it’s department stores that have had the scope and space to offer a richer experience. But smaller stores are now taking the idea and running with it.”

Perhaps tellingly, department stores have seen sales increase 4.2% on last year, according to New West End figures, but fashion stores have seen a 4.8% drop over the same period, suggesting that it may make good sense for the latter to try to emulate the former. It’s a transformative era for high streets, in which independents seem to be both in demand but also proposing some kind of blueprint for the high street’s survival.

“This idea of the shop going beyond the usual definition of a shop has to keep evolving — there needs to be a lot of work to provide what customers really want,” says Christie. “But customers do want community out of their shops, as an antidote to the speed of social media perhaps. What’s surprising is that retail has managed to stay the same for so long without responding to changing needs.” 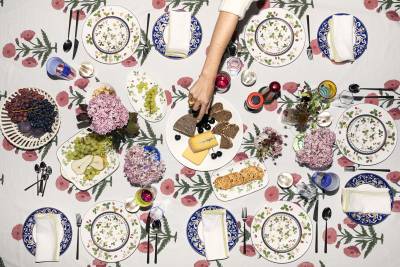 Wedgwood teams up with Alex Eagle

Nature meets luxury in the Caymans 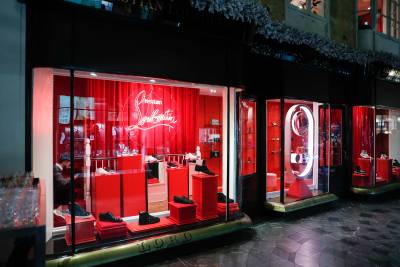 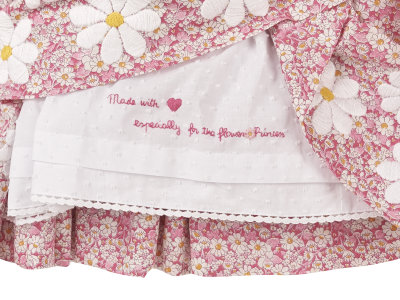 The miniature craft of Cashmirino