A tipple to remember: The UK's finest drinks experiences

A huge resurgence in popularity for the UK’s whiskies, gins and wines has led to a rise in trips, tours and tastings centred on Britain’s favourite tipples

Gin sales are soaring, Scotch is the envy of the world and English wine is making waves the world over, so it’s no surprise that consumers are now wanting to delve a little deeper and discover more about what they are actually drinking. With a multitude of tastings and masterclasses now on offer, plus distillery and winery tours, it’s a good time to make a holiday out of it, too. Just pick your tipple and enjoy a trip of a lifetime...

We can’t get enough of whisky, and not a trendy new bar opens without a decent whisky listing. To discover more about it, head to Scotland, where most of it is made. There are more than 130 distilleries in operation here, with plenty more openings in the offing, but it doesn’t get any glitzier than the stunning £140m Macallan distillery and visitor centre in Moray, which opened in June to “sustain demand for the 46 47 wonderful amber liquid”, says creative director Ken Grier. Stay at the nearby Craigellachie Hotel and hunker down in its famous whisky bar, The Quaich, choosing a dram from its 900-strong single malts list — including Macallan, of course. Prefer something a bit peatier? Then go to the beautiful Scottish isle of Islay. Its oldest distillery, Bowmore, has five smart self-catering cottages and daily distillery tours, so plenty of opportunity to try Islay whisky, which is big on smoky flavours. Just a little further north as the boat glides is the tiny isle of Raasay, where the island distillery is pioneering a new approach. A Victorian villa has been incorporated into the distillery by local architect Olli Blair, offering a visitor centre with tours, five luxurious bedrooms with views over Skye and it plays host to local musicians. But for the ultimate whisky tour, join Belmond Royal Scotsman’s four-day Whisky Journey, which chugs past sweeping glens and mirrored lochs, stopping at distilleries along the way.

“For the ultimate whisky tour, join Belmond Royal Scotsman’s four-day Whisky Journey, which chugs past sweeping glens and mirrored lochs, stopping at distilleries along the way”

The craft whisky distillery scene is blossoming in the capital. The London Distillery Company was the first to launch one last October, followed by the East London Liquor Company and The Bimber Distillery. All three have cask programmes, which offer you the chance to buy, lay down and bottle your very own cask whisky. Plus, there are glorious joints a-plenty in which to drink a few drams, including Boisdale of Canary Wharf, which has the best whisky selection in town. Or head to London’s oldest whisky shop, Milroy’s of Soho, for a tasting from its selection of more than 200. Want something more luxurious? Then head to Mayfair’s The Connaught Bar, which offers its very own Connaught Cask Whisky made in partnership with Dalmore.

Gin is on a roll. Not just in the UK, but across the globe. And it all started in England. Yes, we have the Dutch to thank for introducing us to gin, but we ran with it — by 1730, a fifth of London’s houses were gin shops. Things have got a lot more sophisticated since then, of course. Not only will you be asked what gin you prefer, a bartender will ask you what tonic you would like, too. There are now hundreds of gin brands globally, but the biggest exporter is the UK, with more than 315 distilleries. And if you want evidence of that then book yourself a place on The Self Discovery Experience at Bombay Sapphire’s award-winning distillery in Hampshire, where it produces 44 million bottles a year and is reached in under an hour by train from London. You’ll doubtless learn a thing or two about gin, if only that you should always pour your tonic over the back of a spoon. “It preserves the bubbles,” explains Bombay Sapphire mixologist Ashley Haines. Want a gin distillery with a hotel attached?

Then head to Verzon House in Trumpet, Herefordshire, which is owned by the Chase family and produces smart gin and vodka in its distillery five minutes down the road. Located in rolling hills, it offers eight stylish, individual bedrooms and a roaring fire in the bar for colder nights. To mark Cornwall’s first “plough to bottle” gin distillery — Colwith Farm Distillery near Fowey — the Talland Bay Hotel has introduced a two-night Cornish Gin Odyssey. With 80 gins behind the bar and sub-tropical gardens that reach down to the sea, the package includes a tour of the distillery — and plenty of G&Ts. Or head to The Gin Lovers Retreat on the remote, rocky and rugged Isle of Colonsay in Argyll, owned by Fin and Eileen Geekie of Wild Thyme Spirits. They ditched their life in Oxfordshire to focus on the new gin-themed retreat, recently launching their first gin, Island Batch, which you can taste during your stay. There are more than 200 gins to plunder as you sit in front of your own wood-burning stove.

There’s a growing number of craft gin distilleries in London, among them Jensen’s, 58 Gin and Hayman’s, but it all started with Chiswick-based Sipsmith back in 2009. It became so successful that it has since been swallowed up by drinks giant Beam Suntory, although that hasn’t stopped its slick early evening distillery tours and Tuesday supper club. The Zetter Townhouse is always good for gin (and whisky) masterclasses, and even offers history and drinks tours of the area. Meanwhile, it’s all about gin at Holborn’s the Rosewood London. It offers gin masterclasses in its Gin Bar, which boasts London’s largest selection with 525 labels.

What has happened to English wine in recent years is nothing short of a revolution. Drive down the M20 in Kent and you would be forgiven for thinking you were in the Champagne region, as row upon row of vines shimmer in the late summer breeze. It’s the same story in neighbouring Sussex, where huge swathes of the countryside are now covered in vines. Other counties are now playing catch-up as Hampshire, Dorset, Devon, Cornwall et al turn over orchards and wheat fields to grow grapes, buoyed by the increasing tally of prestigious awards on the international stage. Even the French are buying up land here, with Vranken-Pommery the first of the big Champagne houses to release an English fizz in a collaboration with Hampshire’s Hattingley Valley vineyard, while Taittinger is already a year in to its exciting project on the Kent Downs. So it naturally follows that English wineries have upped their game in the tourism stakes, with sleek new visitor centres, and even smart winery accommodation.

In the Cotswolds, head to Woodchester Valley, founded by ex-lawyer Fiona Shiner. She planted her first vines in 2007 and opened the doors of the winery in 2016. It offers three well-appointed guest rooms with views over the vineyards and the picturesque Stroud Valley. In Cornwall, Camel Valley leads the way with its shelf full of trophies, vineyard tours and two tasteful cottages. Located in a steep valley, it’s the furthest place from the sea you can get in Cornwall this side of Bodmin Moor. “The vineyards get plenty of sun, which is a key factor,” explains co-owner and winemaker Sam Lindo. Trevibban Mill, near Padstow, is giving it a run for its money with its in-house restaurant, Appleton’s, and stylish two-bedroom eco lodge. In East Sussex, Rathfinny turns out serious sparkling wine in its state-of-the-art winery and offers a bed (and breakfast) for the night in its Flint Barns. “This is an exciting place to be — English wine is in a real growth phase at the moment,” says Rathfinny viticulturist Cameron Roucher. Kent, meanwhile, is seeing a flurry of winery activity, including the 400-acre Hush Heath estate’s swanky new visitor centre, with its vast wooden deck that shouts summer weddings and its self-guided vineyard trails. It also owns gastro pubs with plush rooms, including the nearby Goudhurst Inn if you want to stay over.

“Drive down the M20 in Kent and you would be forgiven for thinking you were in the Champagne region, as row upon row of vines shimmer in the late summer breeze”

There’s so much choice for the wine lover in London, with impressive wine lists at every turn and wine-tasting opportunities galore. English wine is getting more of the action and plenty are now offered by the glass in bars and restaurants everywhere. But if you’re looking for something a bit more up close and personal, then head to Vagabond Wines’ urban winery and bar at Battersea Power Station, which sources grapes from Kent to Surrey and offers grape-pressing experiences, “fault clinics” and tutored wine tastings. 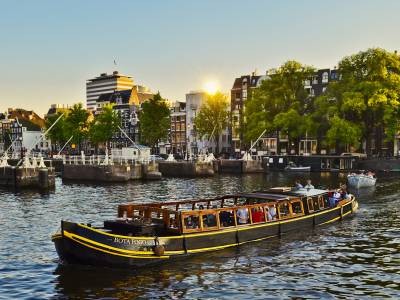 Top tips for a long weekend in Amsterdam 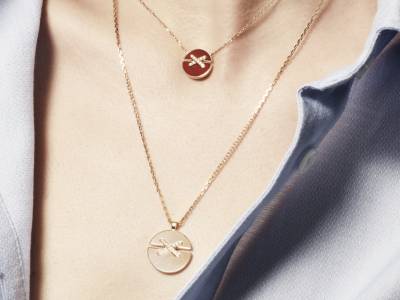 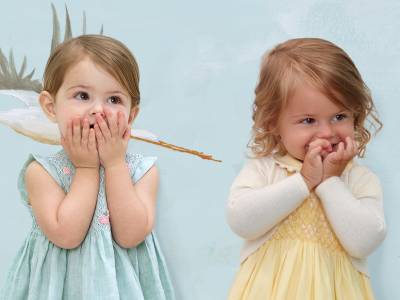 Lockdown games for kids, from Cashmirino 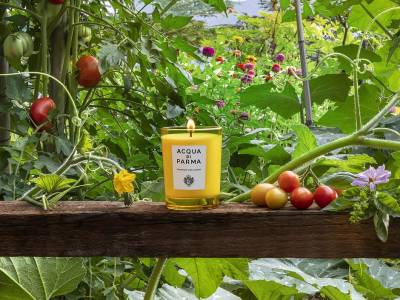 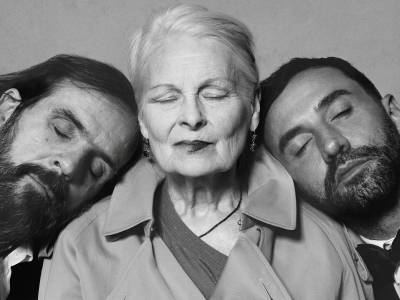 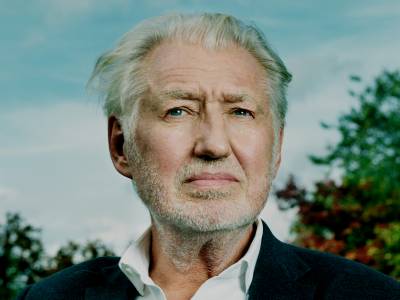 Chef Pierre Gagnaire on his love of jazz