Among the things that Japan is most famous for are its cherry blossom and its luxury consumers. The cherry blossom season is coming to an end but, as the stunning display of pink foliage fades and dies off, the country’s luxury sector, the largest market for brands after that of the US, is once again flourishing.

Over the past decade, the explosive growth of the Chinese economy, which contrasted with the economic contraction in Japan, has attracted luxury brands around the world. Now it is Japan’s time to shine again and with it boost the luxury British sector as the typical Japanese high-end consumer nurtures a fascination for all things handmade and artisan.

This resurgence has been prompted to a large extent by the marked improvement in the massive Japanese economy, which has been moving out of recession. Luxury goods group LVMH reported last year that it was seeing “an acceleration in Japan” while management consultants Bain & Company found the Japanese luxury sector in 2015 had grown by five to seven per cent, compared with one to three per cent in the Americas.

In a survey of 90 international retailers across Asia, conducted by property company Cushman & Wakefield last June, 65 per cent said they had new confidence in Japan with 45 per cent acquiring new stores or buying back existing franchises. Jimmy Choo reported in March that revenues in Japan were up by 29 per cent while Salvatore Ferragamo, enjoying a 14 per cent rise in its Japanese revenues, has just announced a major investment in the country, including the renovation of its outlets.

Retail research agency Conlumino reports that the Japanese luxury sector will rise from $31.7bn (£22.5m) in 2014 to $41bn in 2019, comfortably ahead of China’s $36.8bn. Chinese consumers are thinking twice about paying to travel all the way to London to buy their luxury goods and are heading to Japan instead. Visitors from China now account for 20 per cent of luxury sales in Japan, according to Bain.

British luxury brands are making the most of this renaissance. Burberry’s CEO and creative director Christopher Bailey is focused on “unlocking” the Japanese market, he revealed recently. Burberry is taking back full control of its operations in the country by ending a licence with local brand Sanyo Shokai and doubling its store presence with the aim of generating £100m in revenues in the country next year.

Six “Made in England” shirts from globally celebrated mill Thomas Mason, which produces some of the world’s finest cotton cloths, will sit alongside two styles of ventile raincoats, both produced in London. Each item has been made with meticulous attention to detail using traditional British methods and fabrics.

“Whenever I go to Tokyo I find wonderful British brands that you don’t find back at home — some are being produced purely for the Japanese market,” says designer Jeremy Hackett, chairman and founder of the menswear chain that bears his name. “The consumers go mad for all things British luxury made. It offers a real boost to our sector.”

Peter Reed, sales director of shoemaker Crockett & Jones, has been visiting Japan for the past 30 years, but has recently noticed increased interest in all things British. “We’re seeing a new generation of Japanese luxury customers these days,” he says. “They love limited editions — that might be a special lining or a particular leather — and they buy large amounts. They’re also quite demanding – they’ll ask you questions about every aspect of the shoe. Most importantly, they need to know that it really has been made in England.”

Robert Ettinger (of the eponymous wallets, purses and leather accessories brand) agrees and has recently been creating special editions for his outlets in Japan. “The new Japanese consumers love things like special colourways and they often become collectors,” he says. “Anything that is typically British is very appealing and a connection with royalty adds a seal of approval.”

Vartkess Knadjian, CEO of Backes & Strauss, the world’s oldest diamond company, also knows the Japanese market well: “People have neglected Japan recently. But it has a population of 125 million and a large number of sophisticated luxury consumers who are devoted to craftsmanship and are very loyal to their favourite brands.”

British luxury houses looking to develop in the resurgent Japanese market will receive a boost this year thanks to a new project called The Bridge. In June 2014, Backes & Strauss, based in Grosvenor Street, invited a group of Japanese high-net-worth individuals to London to visit its showroom and the stores of other, similar luxury brands in Mayfair. The group stayed at The Dorchester hotel and visited Glyndebourne and Goodwood to experience some of Britain’s most celebrated activities and institutions. During the event, the group saw the cutters at Savile Row tailors Henry Poole & Co in action and ordered suits; the house has been dressing Japanese VIPs since the start of the last century, including the celebrated statesman Shigeru Yoshida and various members of the Japanese Imperial Family. It regularly holds overseas “trunk shows”, fittings and sales in hotels and its latest Japanese clients have often made their money in finance and IT.

“The Japanese have always been very interested in the details, but now they’re going for a classic look with a modern twist,” says Simon Cundey, managing director and the seventh generation of his family to run Henry Poole & Co. “That might be a three-piece suit in Air Force blue mohair with beige brogues, for instance.”

The Bridge is seeking to act as a conduit between Mayfair and its equivalent district in Tokyo, Nihonbashi (its name means “Japan bridge” and comes from a famous ornamental 17th-century bridge that marks the official centre of Tokyo). Like Mayfair, it’s home to celebrated luxury brands that boast excellent craftsmanship and, in many cases, a heritage stretching back centuries. In fact, Vartkess Knadjian’s opposite number and chairman of the Committee of Nihonbashi Miyuki Street is Nobuo Yoshida, a director of Ibasen, a fan-making business founded in 1590 and run by the same family for a remarkable 14 generations. In April last year, the two took The Bridge a stage further by signing up to an official Twin District Partnership.

Up and coming British luxury brands are also taking Japan very seriously and are being helped in part by government-backed UK Trade & Investment, which recently arranged a trade mission there. One of those present was Alice Walsh, founder of Alice Made This, an artisan cufflink and jewellery maker whose products are available in Liberty, Fortnum & Mason and stores in Nihonbashi. Affluent Japanese consumers old and new are an appealing demographic, but they do need to be treated in a particular way, she has found.

“It’s essential to have a partner or agent,” she says. Every product is beautifully displayed and treated with enormous care — often more than is the case with some European and US retailers. “They care about merchandising so much,” she continues. “I was told that in some department stores they’ll play a particular type of background music to let the staff know that it’s raining outside so that they can put purchases into water-resistant bags.”

Walsh, who launched her first lines in Japan in 2011, adds: “The packaging has to look very refined.” Again provenance is key. “High-end Japanese consumers want a dialogue with you and they want to know about the people who make your products.”

The Bridge project is not entirely about history and heritage. It aims to support the future development of luxury houses in both districts, showcasing new products, attracting rising talent and sharing new customers. The Rugby World Cup, which takes place in Japan in 2019, and is followed by the 2020 Tokyo Olympics and the Paralympics, provide exciting new opportunities. “We’re also thinking of looking beyond Mayfair and considering extending invitations to luxury houses from Knightsbridge and St James’s,” says Vartkess Knadjian. “It’s just an idea, but there’s clearly huge potential here.”

One thing is certain – as the Japanese luxury market continues to grow and the “Made in Britain” label attracts new affluent consumers from Tokyo and beyond, many more British brands will be crossing The Bridge to make the most of the exciting opportunities that arise. 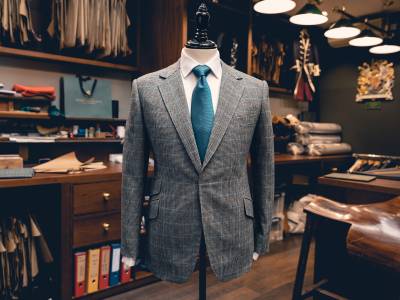 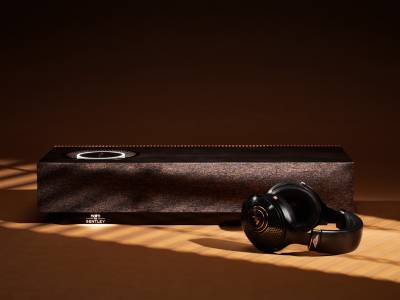 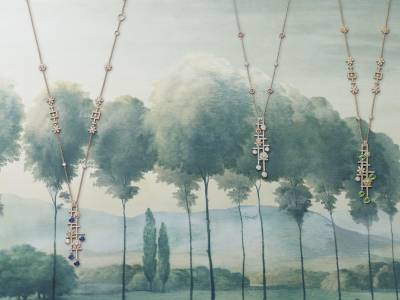 Boodles partners with The Secret Garden 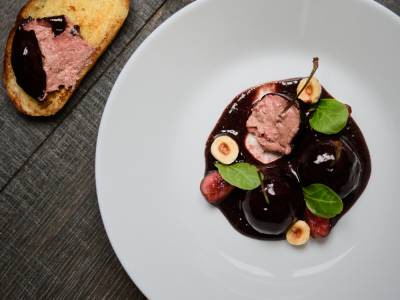 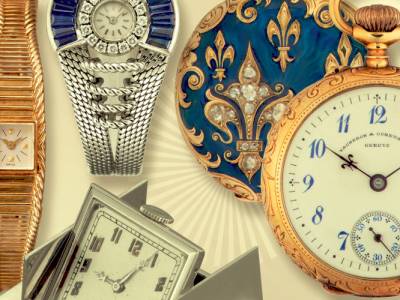 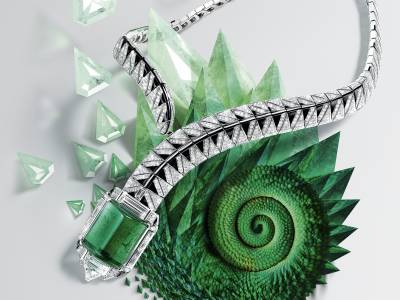