With a bold contemporary style all his own, Carreon is set to unveil his debut UK show in 2022. Here he reveals his artistic background, inspirations and future

Los Angeles native Louis Carreon started out by painting graffiti on the streets before transitioning into the world of contemporary commercial art, and is now regarded as one of today’s most influential and innovative artists. Alongside commissions for brands such as Soho House and Art Basel, his career has also seen him paint Hollywood nightclubs, championship trophies and private jets. His inaugural solo show with The ARX — which represents him exclusively in the UK — will be held in the new year.

How did you first get involved withThe ARX?

About six months ago, some curator friends in New York introduced me to Matthew Lord [The ARX Group’s managing partner]. After starting a dialogue about my creative narrative, we started sketching out a plan for me to show in London. I don’t usually do shows as I already have a clientele of collectors, but I have great synergy with The ARX. The ARX team and I both want to make a difference and get great collectors by building an authentic brand together.

What will your solo show involve?

We will be presenting my religious iconography-inspired work Ryzantine,
taking historical and religious icons and turning them into modern-day shamans.
The show will also tie into international trends around plant medicine, ayahuasca, bohemian living, international travel... it will create an artistic conversation that a lot of people are having, meaning it will resonate with a particular demographic. There will be a large array of styles on display but they will all have my trademark Ryzantine feel. All the works featured will have been created for the show.

Did you discover art at a young age?

In 1990s California, we lived to the fullest — painting, dancing, rapping, skating and riding waves. I first became addicted to art when I met a group of friends with graffiti on their bodyboards. It was like a secret code, a language, which was appealing. I didn’t have any interest in art — there was no such thing as street art in the early 1990s. Graffiti was just vandalism... it wasn’t glamorised like it is now. So graffiti was an underground society that I felt like I belonged to.

Where do you look for artistic inspiration?

I’ve been inspired by many artists who I pay homage to in my work. Ryzantine’s greatest inspirations include Caravaggio, Rubens and Bernini. I take pleasure in waking up the giants and re-introducing them to modern culture; opening the conversation on contemporary issues for future generations. I travelled all over the world for about eight years, absorbing different cultures to define my Ryzantine style.

Do you think the way art is created and appreciated has changed over the past 20 years?

Art is currently trending — access to social media has changed it. I’m not really into contemporary art, but I will never pass up a chance to sit in front of the masters. Society is moving so fast that we are leaving them behind — their names are falling deeper into history while the internet focuses on NFT. Historians are going to have a field day with this era.

How do you choose your collaborations?

I have had many offers from hospitality and luxury lifestyle brands. Most of the time I say no when it comes to brand collaborations, because unless I really enjoy their aesthetic and am a fan, I won’t paint for them. I don’t paint for money and I will not be used by a brand with no street authenticity. My world is based on having good relationships, which helps facilitate the right conversations.

What’s the most memorable project you’ve worked on to date?

The private 12-seater jet I painted in collaboration with Landmark Aviation for Art Basel. It was pretty fun.

What is your dream project?

I would like to develop a private city, a project of 40 to 100 homes, and build and design a liveable feeling with art installations inside the homes. I’m already working towards that and have designed a few homes, so the future for me will be designing and developing psychological pathways for like-minded people in remote places, so they can detoxify out of the cities.

What are your goals for the next 10 years?

To continue to do what I am doing now — the more funds I have for creating, the larger I will grow. My statues will be bigger, my paintings will be bigger and I will drill deeper into contemporary society. I will not stop. 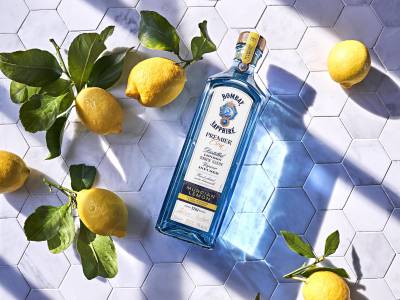 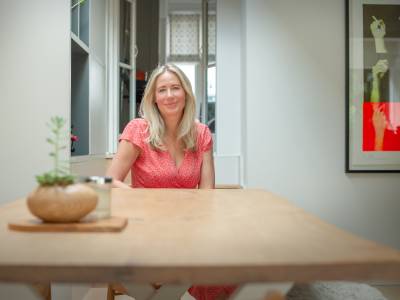